EVEN Britons without lawns have begun using hosepipes as the determination to disregard a ban has kicked in.

The ignoring of the hosepipe ban officially began today, as millions of householders across the UK vowed not to be told what to do, regardless of whether it was in their best interests.

Retired engineer Julian Cook said: “I’m going to water my lawn and then water my house. Yes the house looks a bit dry, so I’m going to thoroughly hose it down before washing the dog.

“I haven’t even got a dog, I’m going to borrow one just so I can show those petty-minded bureaucrats they can’t tell me things.

“I don’t believe all this talk about ‘reservoirs’. The very word sounds French.”

Postmistress Donna Sheridan said: “I live in a flat, so I’ve just pulled the end off my shower attachment – making it into a rudimentary hose – then turned the taps on full and stuck the end out of the window.

“As an English person it’s my duty to be contrary, especially when it comes to the loss of the ability to do something I don’t need to do.”

A government spokesman said: “In the light of this morning’s events, we are officially un-banning hosepipes. Spraying loads of water everywhere is now compulsory, and if you don’t do it you’re going to prison.” 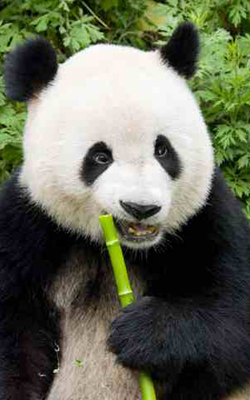 KEEPERS at Edinburgh Zoo have received a series of alarming requests from the two giant pandas in its mating room.

After the second day without bumping furries, a ­scrawled note written in Chinese was pushed through the bars of the pandas’ cage demanding four sets of handcuffs, a box of poppers and something called a ‘Dutch Toast Rack’ which zoo staff have yet to identify.

Keeper Tom Logan said: “We never have this problem with the chimps – give them a four­ pack of lager and a rag to wipe themselves with afterwards and they’re good to go.

“But these pandas are simply not interested in conventional sex. Among their many colourful requests, they want us to move them into a new cage ‘in a murky basement’ with a harness and lube dispenser.”

Zoologists are now exploring the possibility that giant pandas face extinction because their sexual fetishes have evolved far in advance of their ability to enact them.

“And even if they were housed in the basement of an Ann Summers, the pandas’ huge paws and bulky frames mean they’re ill­-equipped to manoeuvre themselves into a PVC gimp suit, assuming they could even find one that fits.”

With the likelihood of a successful mating between the pair diminishing, Edinburgh keepers intend to remove the covers from the cage in the hope that being watched gets them off.