31-YEAR-OLD Tom Logan has discovered he enjoys women’s buttocks from a feminist perspective.

Logan described how Lily Allen videos and burlesque dancers had informed his enlightened appreciation of the female form, most especially the arse part.

He said: “Whether framed by a tiny sequined g-string or jiggled in a parodic hip hop context, exposed buttock flesh is a powerful tool of female emancipation.

“I am definitely more receptive to subversive anti-patriarchal statements when I’ve got a boner.”

He added: “It’s all about semantics and stuff like that. Ladies, I am a mass of fascinating paradoxes.”

Prince Charles 'an inspiration to people who've wasted their lives' 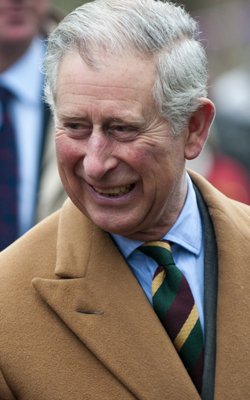 THE Prince of Wales has been hailed as a hero by people who feel they’ve done nothing with their lives.

The Prince, who appropriately commemorated his birthday with a burst of inactivity, has reached retirement age without starting the only job he’s able to do.

Payroll administrator Mary Fisher said: “Sometimes I look back on my 40 years in a windowless basement moving columns of figures about and I want to weep.

“But then I look at Prince Charles and I think well, I at least I got to put money in people’s pockets on a Friday night.”

Norman Steele of Lancaster said: Im 65, my marriage has broken down, Ive moved back in with my mother and I spend my days on the allotment growing vegetables.

So basically Im exactly the same as Prince Charles, except Ive retired and hes got years of work ahead of him.

“In many ways his dreams are even more thwarted than mine and that makes me feel a little better.

“If I ever meet Charles I will thank him for that, and he will realise that his life was not aimless.”

Prince Charles, giving an official address nobody even pretended to listen to, said: I’ve spent my life waiting to become a meaningless figurehead, and sometimes I wonder if there could be anything less worthwhile.

“Then I remember my brothers Andrew and Edward.”