MILLIONS of men are to pretend a shaving accident caused them to remove their beard.

After the UK reached beard saturation point, men are desperate to remove their facial hair without appearing to be weak-willed fashion victims.

31-year-old Tom Logan said: “I was making some toast, the tip of my beard went in the toaster, suddenly it was on fire and I had to cut it all off.

“Total accident. I would not be so feeble as to substantially alter my appearance because of an article in The Guardian.”

Graphic designer Stephen Malley said: “The reason for my new clean-shaven look is that I went to get a passport photo done and you aren’t allowed facial hair because of anti-terrorism laws.”

28-year-old Wayne Hayes said: “Mine got stuck in a door, it was a case of pull it out by the roots or starve to death.

“As an unreconstructed alpha male who doesn’t give a shit about media-driven style trends and is basically a raw sexy ape I chose the former but purely for survival reasons.

“Then I applied moisturiser to the affected area.” 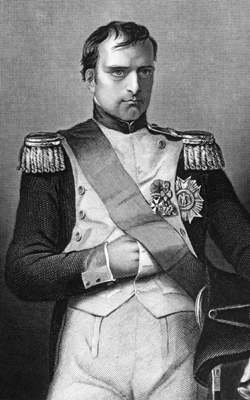 PEOPLE often ask what it was about me that inspired the love of an entire continent.
Truth is, I struggled getting people to notice me until I became the owner of the GoPro GodHero VI camera system. Only then was I able to document for posterity how unbelievably awesome I was at every single thing I did.

Think you can do it to? You can’t. For a start, you aren’t the supreme head of the Bank of France and do not have those kind of funds at your disposal.

Next, you don’t have the range of water and mountain based sporting interests I have, all of which make me look like some kind of magnificent Hercules. Ordinary spectators have only two feeble human eyeballs to take in my moves – no match for the 5 billion megapixel and googolplex frame per second capabilities of the GodHero. Until I went GoPro, it was as if I’d lied about doing all those things and I might as well never have never been born.

Gone are the days I used to wait for hours as my official portrait artist faffed around trying to get the right white balance as I shredded some serious gnar on my sledging trip to the Pyrenees. The day Yodel delivered me of the GodHero, I rode that retro hipster berk out to the treacherous cliffs of Boca del Inferno and cast him into the raging waves. The last I saw his face it was contorted in confusion and panic as he ineptly tried to document the impressive 200 foot sprays. This is why he is now dashed into tiny pieces all up and down the west European coast and I’ve got onto the Imgur gallery four times.

True to form, GoPro tech surpassed all my expectations on the day I famously won the Battle of Waterloo. I was able to utilise the limitless connectivity with a range of attachments  anything from the brim of my stylish bicorne hat to the tip of my insanely huge musket. No one will ever forget the footage of me trouncing my enemy, the Duke of Wellington. Having tumbled from his steed, he lay whimpering in the mud. I approached on foot, back-lit by the furious crimson storm in a devastating hi-res wide shot. I looked just like Tom Berenger at the end of Platoon as the lightning split the sky behind me. I focused musket cam directly between his eyes as he lost control of his bladder. “Instagram this,” I hissed, “Mon amour.”