Most Britons to end up living in drunk tanks

MILLIONS of Britons will soon exist in a daily cycle of work, pub, drunk tank.

Police have backed the use of privately run ‘drunk tanks’ as they would rather deal with criminals than people who go “whoop whoop” with their trousers down.

However experts believe that many Britons would eventually end up moving their possessions into a drunk tank.

Professor Henry Brubaker said: “Most people are straight in the pub after work, then return home late to an angry spouse.

“Also spiralling rents mean that £400 a night for a personal drunk tank is cheaper than a bedsit in Haringey.”

Beer fan Wayne Haynes praised a pilot scheme in Carlisle: “I couldn’t afford a flat but now I’ve got my own tank with toilet, wash basin, and a free puzzle magazine.

“They bring you a microwave lasagne and a bucket around 3am. Also a lady checks through the slot in the door to see that I’m not dead, which is excellent customer service.

“It’s like living in a service apartment where the concierges are police, and I just stick the fees on my credit card.

“And while I’m at work a man comes in and hoses the walls down.

“Best of all the neighbours are either drunk or comatose so I can sing as loud as I want.” 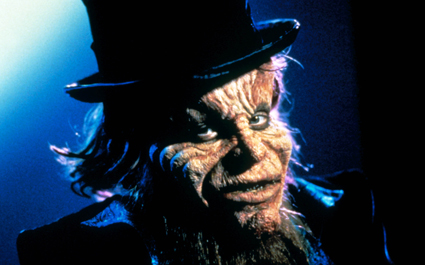 A WICKED leprechaun has cursed all of mankind’s software updates to fail dismally.

After Apple’s iOS 7 launch misfired, it emerged that all attempts to release new versions of software are subject to a supernatural curse.

Computer folklorist Emma Bradford said: “There was once a wicked leprechaun called Seamus, who worked as a programmer making ZX Spectrum games in the 80s.

“However he was sacked for creating a perverted game called Dirty Princess.

“The little man retaliated by putting a curse on mankind that no software could be ever be updated without it turning into a massive balls up.