Rooney ponders the nature of happiness

WAYNE Rooney has questioned the nature of existence in a 45-minute speech following a Champions League game.

When asked if he was happy at with his current club, Rooney speculated on whether man can ever truly be happy when he knows the only certainties are death and United winning a penalty when they play at Old Trafford.

He continued: “To achieve a goal, or indeed to score 200 of them, is to make that goal worthless. Especially against a shithouse side like Bayern Leverkusen.

The inner self is the only constant reality. The material world is a palace of illusions where nothing is true and therefore everything is permitted, as I tell Coleen whenever the Sunday newspapers catch me with an escort girl.

The club has a history of philosophising, notably when Eric Cantona left the team to wander the East learning Buddhism and practicing his kung fu skills on thugs menacing innocent villagers.

Fans fear Rooney could go the same way as hes already got the headband.

Rooney concluded by telling reporters: The man who chases happiness will never find it. The wise man sits and waits for the bluebird of happiness to settle upon his finger.

That said, I fucking hate that ginger twat Moyes for not letting me move to Chelsea.

Wogan/Harries to be the new Frost/Nixon 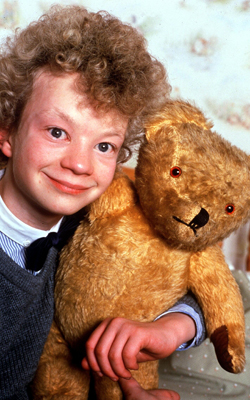 THE iconic 1988 interview between Terry Wogan and James Harries is being made into a film in the style of Frost/Nixon.

Director Emma Bradford said: The Wogan/Harries interview is a seminal moment in the history of television.

It’s a gladiatorial meeting of minds where young Harries disparagingly refers to the host by his surname.

“As the bow tie-clad youngster explains his worrying refusal to attend school, Wogan is desperate to get a few cheap laughs – the entertainment value of his early evening chat show depends upon it.

“The stakes could not be higher.”

Reality TV producer Nikki Hollis said: “In many ways their meeting creating the template for modern television, where a carousel of misfits rotates to a backdrop of mocking laughter.”

Logan said the film would include events before and after the encounter, including Wogans years spent honing his skills on Children In Need, Blankety Blank and covering for Jimmy Young on Radio 2.

He added: Theres an incredibly poignant scene where Harries, now a 35-year-old woman called Lauren, leaves the Celebrity Big Brother house and asks herself, What the fucking hell is any of this about?