THE majority of the UK’s mothers are writing a novel about sado-masochistic sex, it has emerged.

According to new figures, 78% of mums are working on a sexually explicit book with a three-word title.

Mother-of-three Mary Fisher said: “When I drop the kids off at school I usually chat with the other mums about how our dungeon-themed sex books are going.

“Sometimes it gets quite competitive, ‘My protagonist’s more dominant than your protagonist’, that sort of thing.

“Basically you’re nobody at the school gate unless at least three major publishers aren’t already locked in a bidding war for your erotica.

“Mine’s called Maze of Lust and it’s about a brooding, muscular architect who builds a network of sex tunnels beneath his aspirational Grand Designs-style house.”

Bradford’s husband Martin said: “Sometimes I try to initiate sex but she’s like, ‘No, I’ve got to be up early to finish a spanking scene before breakfast’.” 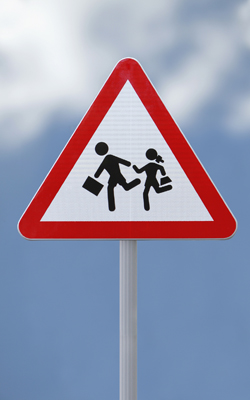 THE UK is to be adapted to cater to its increasing number of non-literate citizens, the government has announced.

Due to the enormous cost of tackling illiteracy, ministers have decided it will be quicker and cheaper to replace all words with pictures.

A spokesman for the government’s anti-literacy campaign Don’t Be A Shy Quiet Book Nerd said: It’s cheaper, no-one feels left out and children will ask less annoying questions about how dinosaurs’ names are pronounced.

“Our task is to eradicate the written word, for example by replacing shop signs with a picture of what they sell, so that every high street looks like a childs playset.

Books are the biggest problem, so we are making the important ones accessible to illiterate readers.

But really, who needs to study the classics when you can just watch Clash of the Titans?

Admittedly some activities, such as preparing food, may still require non-pictorial instructions. Thus all ready-meal containers will come with an oven-proof audio chip that explains how to cook them in the voice of Fiona Bruce.

The spokesman added: In some situations, illiteracy may place you at a serious disadvantage, such as applying for a job or being tried for murder.

In this case we will provide a designated reader who can read quite long words and even do sums.