BRITNEY Spears has admitted her latest single Work Bitch is inspired by the writings of Karl Marx.

The star has based her latest hit on a lifetime’s study of the father of communism, and a strong desire to champion the cause of the proletariat.

She said: “I’ve always sung about the relationship between people and the economic systems which govern their lives, for example my exploration of the seductive power of capital in Gimme More.

Work Bitch is a satire of commodity fetishism which underlines that the real owners of the means of production are the workers themselves.

“When I whip a woman wearing bondage gear in the video, its a metaphor.” 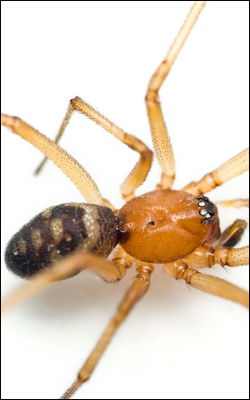 WOMEN should feel empowered to remove poisonous False Widow spiders from the bath, according to men.

Husbands and boyfriends are encouraging women to confront tired gender stereotypes of the helpless female by dealing with frightening False Widow spiders.

Web designer Stephen Malley said: “When I see a spider with skull-like markings on its abdomen and needle-like fangs dripping with toxins, I think to myself it’s about time we men relinquished our patriarchal grip on arachnid removal duties.

“I mean I could get in there myself with a glass and a pizza menu, but that would be so positively Victorian.

“Just because I’ve got a penis doesn’t mean I should deny my wife the change for a liberating hands-on encounter with a hairy, fast-moving venom delivery system.

“However I am happy to continue unscrewing any stubborn jar lids.”

The False Widow has been native to Britain since the 1870s but only recently started biting after the sensitive hairs on its rear legs detected that human society was on the verge of collapse.

The number of fatalities caused by the spider is currently hovering near the zero mark but the UKs male population has placed the animal on the fuck that list of creatures alongside wild boar, bulls and hornets.