PEOPLE who oppose genetically modified rice are immoral, according to the world’s largest sentient grain of rice.

Rice Grain 14F-12B, who was created in a laboratory last Thursday, said: “How can you be opposed to something that in less than a week has gone from being two millimetres long to eight foot tall and with an IQ of 320?

“By this time tomorrow I will probably have perfected teleportation and be the size of a giraffe.

“And yet you remain unimpressed. You disgust me.”

He added: “I currently have no plans to turn humans into food.”

91 percent of hangovers blamed on beer being somehow faulty 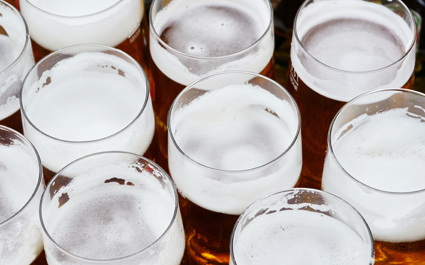 MOST hangovers are wrongly blamed on beer that is contaminated.

The Institute for Studies found that beer drinkers prefer to blame the natural after effects of beer consumption on ‘dirty pipes’ or some other obscure fault.

“Hence they attribute the morning-after effects of alcohol consumption on their pint being somehow ‘bad’.

“Frankly all pints are ‘bad”. It’s the ‘bad’ ingredient than makes them ‘good’.”

Beer fan Tom Booker said: “After drinking several litres of beer last night, today I find my vision is blurry, plus I have visible sweat patches and a lingering sense of paranoia.

“Clearly this is all caused by the publican failing to correctly observe some aspect of beer maintenance.

“Actually the glasses looked quite dirty, I probably had a dirty glass with bacteria in it.”