I live on my private island because it is private and an island, says Branson

SIR Richard Branson has revealed he lives most of the year on his private island because it is exactly that.

The Virgin tycoon denied claims he had moved full-time to his Caribbean haven to avoid tax, insisting its main attraction was the guaranteed absence of ‘people’ like you.

Until recently Sir Richard had homes in Oxfordshire and west London but sold them because there was still a chance he could look out of his window and see some of you shuffling about.

He added: “And you have cars that get in the way of my car.”

Sir Richard said that living on Necker was easier because he could spend all day eating delicious fruit and looking at breathtaking views with the knowledge that no-one would bother him because he owned every square inch of it.

He continued: “Trust me, it is the absolute balls.”

Helen Archer, chief economist at Donnelly-McPartlin, said: “There is a belief that everything rich people do is about tax. But mostly they do exactly what you would do if you were them. Which is having lovely things and avoiding everyone else like the plague.”

Archer added: “Sean Connery gets stick for being pro-Scottish Independence while living in the Bahamas. But the reason he lives there is because it’s lovely and Scotland is totally rank.”

Sir Richard also stressed that if someone like you did turn up uninvited he could just have you thrown into the sea. 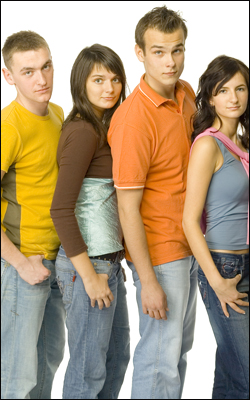 THE traditional 40-minute wait to collect a parcel will be unaffected by Royal Mail privatisation, it has been claimed.

Queuing out of the door to pick up something ordered from Groupon is consistently voted Britain’s favourite way to spend a Saturday morning.

Rail engineer Bill McKay said: “Finally getting that little red rectangle to the counter, only for the mardy lady to say your parcel is still on the van – you can’t beat that feeling.

“And thanks to internet shopping, home working and general paranoia, in ten years’ time parcel depot queues will be the only places we see other humans.”

31-year-old Emma Bradford said: It’s that excited anticipation wondering what on earth you bought off Amazon when you were drunk.

“Also without parcel collection when would you ever get to visit an obscure industrial estate with a snooker club and paint factory.”

Business Secretary Vince Cable said: Any improvements privatisation may bring to the service will be strictly for business customers.

Meanwhile the public can look forward to even more time listening to a man explain that Trixibelle334 is just his eBay name and thats why it says ‘Graham’ on his ID.

Cable refused to confirm that thousands of new Royal Mail investors had received cards through the door saying Householder not present, shares left in wheelie bin.