BRITAIN’S bosses have confirmed plans to let their hands ‘accidentally’ fall onto buttocks at the office Christmas party.

Middle-aged senior managers said their sweaty palms will land on a female employee’s lower back then slide down to upper buttock as if by accident.

Company director Tom Booker said: “I would never sexually harass my staff, but I will get as near as possible to doing so within legal boundaries.

“My favourite party move is a technique called the ‘hugfondle’. It’s a friendly embrace that I hold for a few seconds too long, getting a bit handsy at the end.

“Laura from marketing just feels so warm and womanly, unlike my wife who is cold to the touch like a shard of husband-resenting ice.”

56-year-old area manager Stephen Malley said: “Christmas is a time for giving and I want to give some of the sales team a bit of a feel.

“Of course I would never take advantage but when we’ve got our arms interlocked for a group photo I might have to steady myself by clutching a buttock, that sort of thing.

“The ladies never complain, after all they’ve just had a free meal plus crackers and party hats. Plus jobs are hard to come by these days.”

He added: “This is literally the only thing I look forward to all year.”

MPs convinced pay rise will be a vote-winner 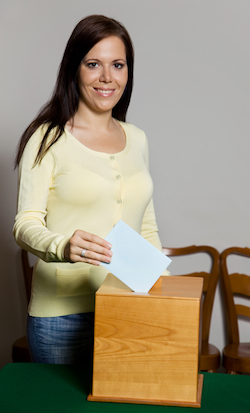 MEMBERS of Parliament are sure their 11 percent pay rise will eventually be seen as a political masterstroke.

MPs said the extra £7,000 a year would make them seem more dynamic and impressive and that their constituents would soon find them utterly irresistible.

Tory backbencher, Sir Peter Bottomley, said: Ideally, the pay rise should have formed the centrepiece of a pre-election Budget.

Nevertheless, I will be political chocolate.

Meanwhile, experts stressed MPs are paid less than GPs ‘mainly because of the medical degree’.

Political historian, Julian Cook, said: Being an MP requires no qualifications. It is not a profession. They are not professionals. At all.

He added: During the 1980s Newcastle was represented by a severed foot.

A recent study also found that those who knew MPs before they were elected are astonished to discover they now have a job which pays £66,000 a year.

Jane Thompson, who went to university with a Labour MP from the Midlands, said: If I was him I would see the sixty-six grand for the miracle that it is.

I thought he would end up at the bottom of a pyramid scheme.