INDIVIDUALS who score highly in ‘psychopath tests’ are really just unpleasant, it has emerged.

Being a ‘psychopath’ has become a badge of honour for jumped-up pipsqueaks who think they’re business tycoons.

However experts have confirmed that the overlap between psychopath and dickhead traits means they are more likely to be in the latter category.

Psychologist Emma Bradford said: “Idiots want to think they have some super-sexy killer instinct that makes them the same as Christian Bale in American Psycho.

“But if you look at the questions from tawdry online tests, they’re all things like ‘Do you cancel an appointment if something better comes along?’ which could be translated as ‘are you a rude bastard?’.”

2. Do you push into queues at the Post Office? Yes/no.

Answer ‘yes’ to just question 1 – you are a psychopath

Answer ‘yes’ to just question 2 – you are an arsehole

Answer yes to both – you are an arseholepath

Rejuvenating blood must be from virgins 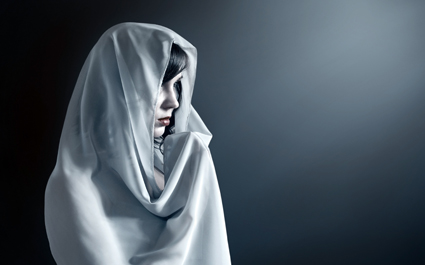 BLOOD transfusions can reverse the ageing process but only if the donors are sexually pure, according to scientists.

Professor Henry Brubaker of the Institute for Studies said: “It appears that after a person has had sex their blood is somehow soiled or tainted.

“Interestingly the best blood comes from buxom female virgins, the type that combines innocence with a thinly-veiled sensuality.

“It’s best if they come from a medieval-style peasant village where superstition is rife, partly because they are more healthy but also they’re less likely to be missed.”

71-year-old Tom Logan said: “As a part of the baby boomer generation I’ve already had all the houses and money, I’m sure young people won’t mind giving me their blood too.”