RAIL commuters cannot see why they should let other people off the train first, they have confirmed.

Tube and rail users have admitted they are sick of being harangued over the PA system to allow other passengers to disembark, delaying their own journeys by vital seconds.

Services manager Roy Hobbs said: “People seem to think they’ve got some God-given right to get off the train at the exact moment I need to get on.

“I can’t bear that selfish, ‘me, me, me’ attitude, expecting preferential treatment just because you’ve reached your destination.”

“The number of times I’ve had to physically punch someone back inside the carriage so I can get on. It’s just rude.”

Donna Sheridan of Stevenage agreed: “There’s always room for a few more passengers in every carriage, if everyone just pushes up against each other as tightly as possible and takes short, shallow breaths.

“Apart from that train I was on last week which exploded due to internal pressure at Winchmore Hill. Which made us even bloody later.”

Britain enchanted by birds telling each other to f**k off 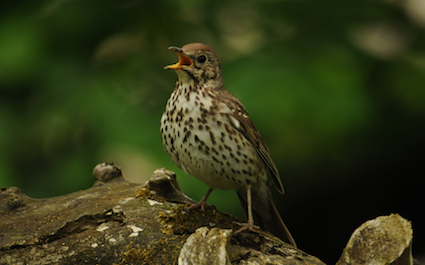 BRITAIN is enjoying the wonderful springtime sound of birds singing at each other to f**k off out of it.

Birdsong has convinced everyone the world is a marvellous place, although it is really a cacophony of furious, violent territorial threats.

Song thrush Wayne Hayes said: “I have two main songs. The first goes diudit-diudit-diudit and means ‘Set one wing in my tree I peck your fucking eyes out’.

“The other, a beautiful but sharp xixixixixi, simply means ‘I am the hardest bastard in this garden.’”

Blackbird Wayne Hayes said: “I’m known for my melodic, flutey whistle, which is basically me detailing the various atrocities I will visit on my enemies if they so much as look at my nest.

“It really is graphic to a degree you can’t imagine, like a cross between Hostel and the worst excesses of Caligula liberally spiced with the foulest obscenities.