HAVING a gigantic number of policemen on the streets of London does seem to prevent riots, it emerged last night.

The bold experiment in public order was declared a success after thugs and looters realised there were 16,000 heavily armoured professionals, each carrying a big fuck-off stick with their name on it.

The government may now extend ‘policing’ beyond Royal weddings, the Cheltenham Festival and the fat, jolly, middle-aged one who stands outside 10 Downing Street and hands petitions to the person who then puts them in the bin.

Home secretary Theresa May said: “We should not jump to conclusions. We need to study the results of last night’s experiment to make sure that we do not begin policing Britain’s streets by mistake.

“Were the rioters a bit tired after three nights of unmolested chaos? Was there anything particularly good on the television? I, for instance, was watching The Mentalist.”

Suddenly-introverted rioter Martin Bishop said: “I decided that, on balance, I did not want to be shot in the chest with a plastic bullet. Perhaps if I believed in something, or had some kind of grievance, then maybe. But for the time being I would prefer to remain indoors.”

However there were disturbances in parts of Britain that don’t matter.

Roy Hobbs, assistant chief constable of West Midlands Police, said something unimportant and reading it would only be a waste of your valuable time.

And Gloucester now faces a 7pm curfew for the next 18 months amid fears that an invitation to an engagement party in Winchcombe may have been set on fire deliberately.

But the country’s sombre mood has been boosted as Labour leader Ed Miliband cut short his Amnesty International-approved holiday and offered to help the police investigation with his bionic nose.

He said: “I stand ready and able to sniff out guilt, simmering resentment or a hot Wii.”

Miliband insisted he would not make political capital out of the riots but said it would never have happened under a Labour government because until May last year inner-city youths were all exactly the same as Billy Elliot.

Meanwhile, in Manchester, debate continues over whether the city had experienced serious social unrest or a Tuesday. 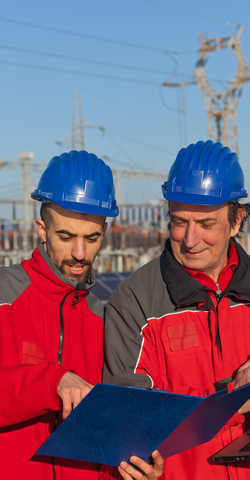 MEN are turning to a life of carefree homosexuality to avoid the expense of wives and children, it has emerged.

A sharp drop-off in the men’s grooming market has been linked to heterosexual men growing the thick facial hair which they believe will make them enticing to other males.

Civil engineer, Bill McKay, said: “With the economy unlikely to improve in the near future, there’s no way I can afford nice dresses and designer chocolates, let alone the school uniforms and hefty tuition fees that are the eventual consequence of those bribes.

“Alternately, if I bag myself a hairy builder then not only will he have no interest in Cath Kidston products, but also he can build my extension for free while we share interesting sport-related banter and laugh at the Peter Kaye jokes in Nuts magazine.”

He added: “I suppose we’d have to have sex at some point. I’d just see that as a healthy male challenge involving physical hardship, like kayaking.”

Craig Williams, 40, from Glasgow, said: “Financially I think gayness is really the way forward, plus men don’t have all those emotions like women do.

“And morally it’s fine because apparently all my favourite action film stars are secretly homosexual.

“But other than growing a beard I don’t really know where to start. My friend said gays have a secret mating whistle that they do by blowing onto a celery leaf.

“I think I’ll just cut the arse out of my trousers and wander around until something happens.”