A SIX-YEAR-OLD girl taken on holiday during the school term will be a week behind in colouring for the rest of her life, teachers have confirmed.

Eleanor Shaw, who was taken out of school for a week in Malta, has permanently fallen behind her classmates in colouring, hula-hooping and imagining what job a meerkat could have.

“Sadly this isn’t the first time. I’ve seen pupils struggle for years to recover from a two-week break in Florida, aged 18 still unable to keep their colouring within the lines while their classmates do so effortlessly.

“Their shame, and the bullying they receive, means they inevitably give up on education and take low-waged jobs in the chicken debeaking industry or turn to petty crime.

“It breaks my heart. And we were going to watch Minions this afternoon while I tidied up the craft corner.

“If only these parents would recognise how vital school is.”

Shaw said: “I came back, and found I’d missed smelly Rowan falling over in the playground while everyone called him a poo-bum.

“My life is basically over.” 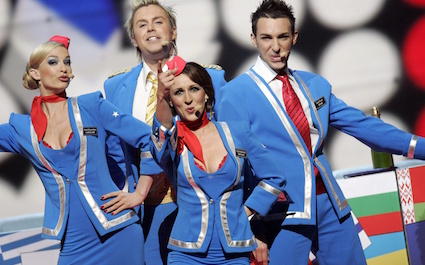 SLOVENIAN Eurovision fans are gleefully anticipating whatever crazy act the UK is entering for Eurovision this year.

28-year-old Lojze Lipovsek enjoys the many credible, talented acts in the competition but admits half the fun is seeing what dreadful nutjob act Britain has entered this time.

He continued: “Obviously at its heart Eurovision is a very serious musical spectacle featuring some of the continent’s greatest performers, but it’s great to have Britain there for some comic relief.

“Last year they had this hilarious couple with neon clothes, a few years ago there was an excruciating rap about not liking school, and one time they’d clearly completely forgotten to prepare anything and had some trolley dollys doing a hi-NRG safety presentation.

“It’s good that they recognise they can’t compete with the big boys and settle for just giving everyone a smile.

Lipovsek added: “Not that anyone ever votes for them, because they’re a bunch of pasty xenophobes.”