Stranger in supermarket has some parenting tips for you

SOME twat in Tesco wants to tell you what you are doing wrong with your baby.

Eleanor Shaw has been listening to your infant cry for eight seconds and can therefore see straight into its soul and hear its deepest desires.

Shaw said: “It sounds like they’re hungry. When’s the last time you fed them? Babies eat more than you think, you know.”

She added: “Is it your first? I bet it is. I remember my first, even I made mistakes occasionally.”

Shaw then tilted her head slightly and gave that tight-lipped, patronising little smile that most people reserve for slightly racist elderly relatives. 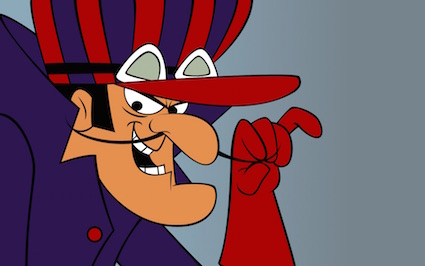 Running on the campaign slogan ‘Drat! Drat! and Double Drat!’, Dastardly has focused on the issue of young, female drivers, calling them the ‘scourge of middle America’.

Critics have stressed the candidate is best known for coming last on approximately 150 occasions on the television series Wacky Races.

But Dastardly insisted he was ‘cheated by a vindictive, probably menstruating, young woman and a gang of short, Italian-Americans, all of whom are drug dealers and rapists’.

Meanwhile, Donald Trump stressed that not only did Dastardly appear to be on the side of the Germans in the long-running series Stop the Pigeon, he had a 100 percent failure rate in capturing the bird.

Trump said: “The American public are not going to vote for a two-dimensional cartoon villain. They’re not idiots.”