RAIL fare increases have arrived bang on time yet again.

The price increases will be unaffected by technical failure, leaves or something that happened two days ago near Swindon with some children and a breeze block.

“Ever since I’ve been commuting I don’t think there’s ever been a delay in the price going up. Nor has the promised price increase ever been replaced by a bus.

“The effortless, almost robotic efficiency with which the cost of my ticket goes up would impress even Kraftwerk. They’d probably write an album about it called Expensive Trains or The Empty Wallet Man-Machine.”

Office worker Emma Bradford said: “It’s quite a logistical feat, printing all those tickets with the higher prices on, making sure the desk staff are briefed to charge us more and ensuring that large fines are in place for anyone with the wrong type of ticket.

Logan added: “They should re-nationalise the trains so at least they could be shit in a fair way.” 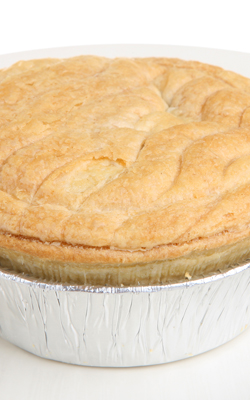 PEOPLE in the North will observe three days of mourning following the death of the founder of Pukka Pies.

Chip shops in the region will close as a mark of respect to their fallen hero and a 100-foot granite chicken and mushroom pie has been commissioned for the companys home town of Syston.

Carlisle taxis driver Wayne Hayes said: This must be what it felt like in America when Kennedy was shot.

“All the blokes in work are wandering around in a daze  Fat Roy burst into tears when he heard the news, making him the first bloke to cry in Carlisle since 1872.

Ive rewritten that Don Maclean song so it says Bye bye, bloke who made lots of pies, Had a bevy with our Trev and we then bought four or five. Theyre good with sauce when drinking bitter or mild, singing thisll be the day that you died.

Im getting a tattoo done of it, next to my one of Eddie Stobart.

Pie is a staple foodstuff in the North, as the pastry casing leaves the Northerner’s other hand free to hold a glass or form a fist.

Pukka Pies became so popular in the region that Tyneside linguists claim the term pukka is not of Hindi origin, rather it is the Newcastle word for a persons pursed lips while sucking the gravy out of a minced beef and onion pie.

Hayes said: If Alfie Scraps, the inventor of the little bits of batter you get with your chips, dies then I dont think I can carry on.