A 24-HOUR Twitter boycott has highlighted the twin social evils of misogyny and narcissism.

The #twittersilence campaign has been hailed as a victory against pathetic rape threats and self-absorbed drivel.

Twitter boycotter Helen Archer said: “What began as a gesture against woman-haters also opened my eyes to the futility of broadcasting every thought that drifts across my frontal lobe.

“Truly I had become pathetically self-aware.

“For example, I was posting links to George Clinton tracks that I’d never listened to in their entirety, just to project an affinity with black music culture.

“I was behaving like a corporation, using thinly-veiled self-promotion to make strangers like me. Now I realise this is stupid I can direct my energies towards something worthwhile.

“This is good for women and also for the human race.”

Father-of-two Roy Hobbs said: “Yesterday I stopped tweeting about myself and my career, and decided instead to invite my 13-year-old son to the park for a game of football.

“To my surprise, I caught him on social media threatening to violate Esther Rantzen.” 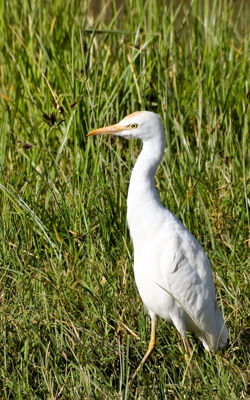 MANCHESTER United manager David Moyes has announced that Old Trafford will enjoy a season of rest in 2013-14 to let the soil recover.

Moyes, who was a gentleman farmer before entering football management, said: “If we’re to get another crop like Beckham, the Nevilles and Scholes then we must let the pitch revert to natural meadowland.

It’s a three-year cycle: this year fallow, next year barley, and in 2015 we’ll raise a fast-paced passing team with flying wingbacks that can win the Premier League at a canter.

“I plan to grow some tatties and neeps at the Stretford End, introducing vital nitrogen to the six-yard box, and the team will play all home games at the ground of nearby Winton Wanderers FC.

Moyes plans to harness Rio Ferdinand to a plough to turn the soil over shortly after Christmas and to tie Gary Neville to a stake to scare the crows away, but otherwise will let nature work its magic without interference.

Furious United fan Wayne Hayes said: I’d tear up my season ticket and throw it on the pitch, but it’d only biodegrade into a rich, nurturing mulch.

Do they really expect people to turn up and watch grass grow for 90 minutes? Still, it’s probably better than a home game against Stoke.