YOUNG people have been left confused by an obscure term used by financial experts called ‘savings’.

Even the handful who suspect it may be something to with collecting spare money have no idea how the fuck they are meant to do that.

Office worker Nikki Hollis, 25, said: “I know financial advice is complicated but can’t they just use plain English instead of this impenetrable gobbledegook?

“One of my old uni mates said he thought it was something to do with having a secret stockpile of money you haven’t spent and we all had a good laugh at that. Gavin always did have a wacky sense of humour.”

Paramedic Tom Booker, 27, said: “Maybe it’s a misprint. Maybe they’re talking about ‘shavings’. But how is scraping my facial hair out of the basin and keeping it supposed to get me a pension? That’s mental.

“I think ‘savings’ might be one of those archaic terms like ‘socage’ that have fallen out of use. These financial experts need to come and live in the 21st century.”

Financial advisor Norman Steele, 52, said: “In plain English, ‘savings’ is what you don’t have which means you’ll have to live in a rented flat all your life and eat Whiskas on toast when you are old.”

Who will walk Meghan up the aisle? 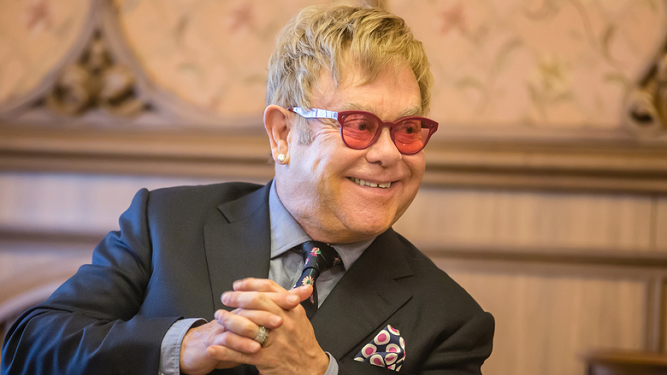 WITH Meghan Markle’s father in Mexico, the actress has a tough choice to make about who will give her away. Here are the bookies’ favourites.

That twat from Suits, 8/1: Markle’s co-star from Suits, apparently called Patrick J Adams, has already married her on screen so has vital at-altar experience. Must not accidentally marry her again or face being beheaded by the Queen.

Elton John, 7/2: Flamboyant gay music legend John could bring a touch of real glamour to the proceedings, because let’s face it she’s only been in a TV show nobody watched.

Pippa Middleton, 13/1: Keen to continue her record of ruining every royal wedding of the 21st century, Pippa would walk up the aisle wearing head-to-toe black with a veil before throwing it off dramatically to reveal herself nude except for a few glue-on glitter jewels.

Jacob Rees-Mogg, 25/1: Strange pseudo-posho who believes himself to be indispensable to every aspect of British life, Rees-Mogg will explain to Meghan the need for an ultra-hard Brexit on this most magical of days.

The Chuckle Brothers, 6/1: Weirdly popular children’s TV stars Barry and Paul would undoubtedly calm Meghan’s nerves on her big day with their hilarious catchphrase, “To me, to you.”

Harry Potter, evens: Finally merging the two great fantastical traditions of our country: the royal family and the slightly less ridiculous world of Hogwarts. Has the added benefit of ending Daniel Radcliffe’s ridiculous pretence that he can ever escape the shadow of Harry Potter.