Women attracted to men who are good at pool, think men playing pool

A GROUP of men playing pool in a pub have agreed that all attractive women present would definitely only consider shagging the winner.

The players believe the rule is as inviolable as putting your 50p on the side of the table to indicate it is your turn next, despite having never consulted with any women about it.

Steven Malley, a member of the pub’s official pool team, said: “Stands to reason. They’re not going to be interested in a bloke who screws it off the side cushion and pots their opponent’s ball, are they?

“Like chivalry, being a demon on the pool table is a lost art. That’s where I have the edge over other men. Ladies want someone who appreciates the importance of backspin.

“They don’t like to look like they’re watching, instead doing things like ‘going on their phones’ or ‘talking to friends’, but believe me, they’re missing nothing. And they are hot.”

Pubgoer Helen Archer said: “He kept asking if I wanted to play pool. When I agreed, he took his cue out of its case and referred to it as ‘she’.

“I’m going to do a runner halfway through and leave him hanging for the rest of his miserable, sexless life.” 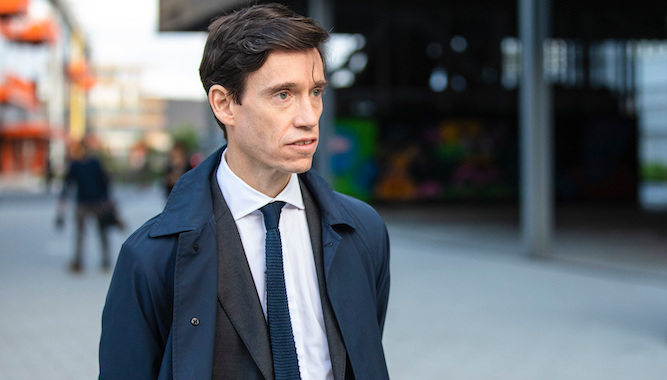 RORY Stewart is an active MI6 agent currently in deep cover in an extreme right-wing group planning to devastate Britain, sources have revealed.

Stewart has worked his way to a prominent position in the organisation and has informed his superiors that the fanatics are seizing control, that they intend to wreck the UK to spread terror across Europe, and they must be stopped.

Speaking through an encrypted phone connection, he said: “It’s worse than we thought. I’m going to need clearance for the ultimate sanction.

“I’ve been undercover for nine years watching them move from essentially being a fringe group of dabblers to a hardcore of radical terrorists determined to destroy Parliament and take Britain back to medieval times.

“Like ISIS, there’s no one leader. Kill the main guy and another six will pop up in his place, each one a wild-eyed lunatic worst than the last.

“The only option is to terminate with extreme prejudice. I’ve managed to get myself invited to a TV event the leaders are attending tonight. It’ll be a bloodbath, but there’s no other way.”