THE world’s most esteemed eating places are almost entirely populated by dicks.

Researchers at the Institute for Studies found that in the world’s top 50 restaurants over 85 per cent of the clientele were overconfident, inexplicably wealthy red men wearing open-necked shirts tucked into stone washed jeans.

Professor Henry Brubaker said: “Mostly they are company directors with Timberland deck shoes, loud pompous laughs and an unhealthy interest in what the waitress does at weekends.

“They tend to have gouty complexions and uncannily thick hair like a slicked-back animal pelt.”

Self-styled gourmet Martin Bishop said: “I like yachts, drive one of those Porsche jeep things and refer to women as ‘crumpet’.

“I eat exclusively in Michelin starred restaurants purely because they are expensive, although for me it’s more about getting into an alcoholic stupor than the food. I’d just as soon have a load of chips.

“Once they brought out a little thing that looked like a bonsai tree decorated with delicate sushi and a scented foam that evoked memories of the sea. I smashed it with my big red fist, then demanded seconds.” 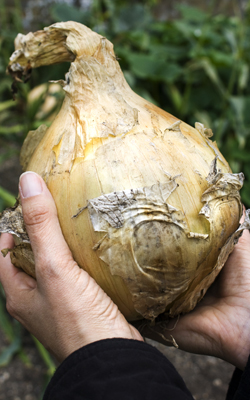 78-year-old former engineer Roy Hobbs believes vegetables are locked in a struggle for survival in which only the largest are destined to survive.

Hobbs said: My onions are so big now it’s almost like they’re a separate race from normal onions.

“I give them plenty of sunlight, nutrients and inspiring speeches about how they are genetically predisposed to victory.

Last week I entered the vegetable-growing competition at the local fete and my leeks dwarfed the smaller entries, or as I call them unterveg.”

Hobbs was later ejected from the fete after attacking a radish, a marrow and a number of courgettes for somehow plotting against his vegetables.

Hobbs wife Mary said: Roys terribly proud of his vegetables, but I felt it was a bit odd when he asked me to make uniforms for them.

Also the garden shed is full of maps of next doors garden and he’s strapped an air rifle to the lawnmower, turning it into a makeshift tank.

Hobbs said he fully expected his giant vegetables to win the National Vegetable Societys annual competition, but that if they failed they would be turned into soup.