Airport Attackers To Be Charged Under Anti-Smoking Laws

TWO men who drove a lit car into the main concourse at Glasgow Airport are to be charged under Scotland's tough anti-smoking laws.

The attackers were caught on CCTV as they lit-up a four litre Jeep Cherokee and then allowed it to burn in an enclosed public place.

Eyewitness Janice Bramble, 34, from Girvan, said: "Not only was the car emitting smoke but one of the men lit-up a petrol bomb right in front of me.

"It's incredibly rude. Why should I have to go home with my clothes stinking of petrol bombs?"

Scotland has some of the toughest anti-smoking laws in Europe with penalties including the cat o' nine tails, death by lions and a £50 fine.

Maureen Moore, director of Ash Scotland, said: "Emitting smoke is a form of terrorism. Yes it is, shut up."

"If people want to throw petrol bombs they should do so in their own living rooms when the children have gone to bed."

Detective Inspector Bill McKay said: "This incident may seem like nothing more than playful high-jinx, but we take smoking in public places very seriously indeed." 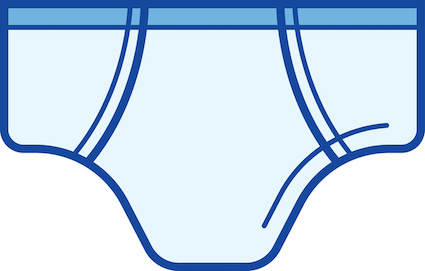 THE terrorist threat level across the UK has been raised from ‘Spacehopper’ to ‘Underpants’.

Members of the three most important national security committees – Cobra, G-Force and Thundercats – confirmed the threat was now so hot that Britain could turn into massive ball of pungent gas by the end of next week.

‘Underpants’ means everyone in the UK must carry a whistle and be prepared to tell the police what they dreamt about last night, no matter how weird or perverted.

A Home Office spokesman said: “You should go about your daily lives as if nothing is wrong while at the same time being constantly vigilant and terrified.

“If you don’t like the look of someone, or you overhear comments that you disagree with, you should immediately point at your enemy and blow your whistle until police marksmen arrive.”

‘MANGO’
All is well. Unlock your doors and lend your car to a neighbour. Sing.

‘HEDGEHOG’
Unsettling. What was that noise? Where were you born? Share my values!

‘SPACEHOPPER’
Terribly frightening. Death has your business card. Trust no-one and carry a bucket at all times.

‘UNDERPANTS’
Intensely dangerous. You and everyone you know is now a terrorist. Go home, build a fort made from sofa cushions and watch a David Attenborough documentary about fish.