THE number of shit jobs in Britain has reached an all-time time high.

Glass collector Tom Booker said: “Sure, this job might be shit, but I’ve learned some valuable skills should I ever decide to retrain as a pot washer or busboy. And it beats being on the dole.

“Wait a sec, no it fucking doesn’t. This so-called job is an absolute steaming shitcake.”

Experts have warned that alongside the boom in shit jobs, there has also been a precipitous rise in bullshit jobs like social media marketer and dog stylist.

Mary Fisher, who ‘works’ as a paint namer, said: “I wanted to do something creative with my life, but all I do all day is think of synonyms for pink.

“I’d complain to my boyfriend, but he works for a start-up that makes gluten-free breadsticks for children, so he’s not really that sympathetic.”

Professor Henry Brubaker of the Institute for Studies commented: “Bullshit jobs used to be confined to acting and writing, but we’re seeing precarious busywork spread through society like a plague.

“I myself spend most of the day playing Fantasy Football before talking about research I haven’t done. It’s a load of bullshit but it pays the bills.” 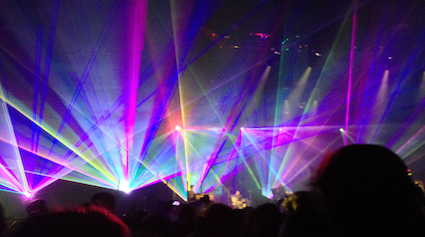 DUBSTEP – the music that sounds like a fat horse falling down a well – never occurred, everyone has agreed.

Alphabetical record shop sections go from ‘disco’ to ‘electro’, because there is not and never was anything to go between them.

Account manager Nikki Hollis said: “From around 2008 to 2012 me and my mates used to have the most mental nights out just doing nothing, absolutely nothing. There was no music, and if there was then I can’t remember it.

“Nobody used to do that shitty hunched-over dancing to three hours of aeroplane noises. And we definitely never said the phrase ‘sick drop’.”