Ommmmmmmmmmm! Screeeeechhhh! The entire Leeds United team wanted to eat my black ass out with their boys’ lips… arghhhhhhhhhhhh! I needed something to bring me down fast, so I stole some quaaludes from Johnny Giles’ locker… dance for me Reaney, you’re my fucking slave – do you hear me? Dance!

I put some poppers in the physios’ smelling salts… Eddie Gray took a big snort at half-time… now look at the veins in his big, wide head go ‘bumpety-bump!’… wahhhhahahahahaha!

The Sunderland team’s flat back four have spoken to me in tongues… eurghhhhhhhhhhh! What was that? You think I’m your whore, Revie?

Nyaaaahhhhhhhhhhhhhh! Urghhhhhhhhhhhhhhhhh! Sunderland won 1-0… Porterfield scoring with a hooked volley in the 31st minute… when the game was over I went back to my apartment, took a bath in some otters’ milk and made love to a racehorse named Chippy Minton. 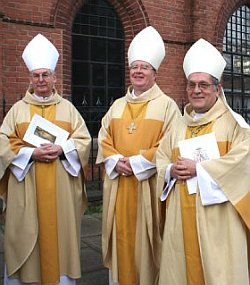 PRIME minister Gordon Brown has made a bold move to recapture the political agenda with a series of mind-numbingly tedious initiatives.

Mr Brown outlined a far-reaching programme of constitutional reform designed to engage voters and reinvigorate the democratic process, or something along those lines.

The prime minister said: "People across the country have been telling me that their top priority is to be allowed to choose bishops. It is time to act."

Last night Labour Party activists were desperate to get on to the doorsteps and promote the reforms, while the Downing Street website was inundated with congratulations from ordinary voters.

Roy Hobbs, an 45 year-old actuary from Swindon said: "I honestly couldn't give a tupenny shit about my children's awful school or the latest hospital bug to strike my elderly parents.

"I am however thrilled at the prospect of a radical restructuring of the House of Commons committee system.

"And when I realised just how far reaching those House of Lords reforms were going to be, I wanted to walk up to Downing Street and empty my wallet on the doorstep."

Jane Frenton, a 36 year-old business development manager from Leeds, said: "His promise to restore parliamentary authority made me suddenly realise what an attractive man this is.

"And every time he talks about the remit of Lord Chancellor's Department I start to feel all hot and dirty."