Can we kill Corbyn yet? asks knife-wielding mob of Labour MPs

The MPs, who have been up all night sharpening their weapons, applying warpaint and watching BBC Election 2016, are growing restless and hungry for leftie blood.

John Mann, MP for Bassetlaw, said: “Quiet, damn you, quiet! We have to be patient.

“If we stream out of the Commons now, gleaming weapons held high above our smoke-blackened faces, our ululating voices joined in a wordless cry for vengeance, we may not have the membership behind us.

“We have already lost Dudley council and seen our majority reduced to a single seat in Derby. One more disappointment and the country will accept that Corbyn must die.

“Then, when we take Parliament Square and seize Jeremy in front of the cameras, butchering him in a frenzy of bloodlust, the UK will know that moderate Labour is reborn.

“Come, let us practice chanting ‘Kill the beast’ a little more. Soon, soon, I promise you.”

Rachel Reeves, MP for Leeds West, said: “I’ve armed myself with a bayonet and I’ve been practising on a sack of potatoes all night.

“Gosh, this is exciting isn’t it. This is what you get into politics for.” 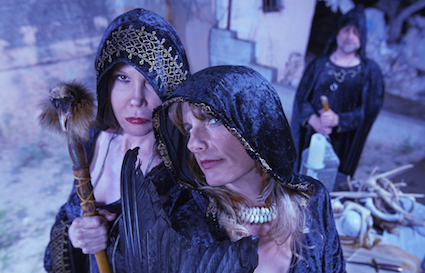 THE Labour Party in Scotland has finished ninth behind a party promising more human sacrifices.

Labour has won two seats in the Scottish Parliament while the Human Sacrifice Party has won three and could now form a coalition with the SNP.

Human Sacrifice Party leader and high priestess, Juliana Cook, said: “We found we were more credible on the doorstep than Labour.

“People seemed genuinely interested in our agenda and liked the fact that we did not side with the Tories in the independence referendum.

“We did explain it was only because the referendum was not about sacrificing virgins on an altar on top of a mountain, but they seemed fine with that.”

Cook added: “We would very much like to be part of a coalition with the SNP. We have only one demand.”