Get a room, BBC and Rishi Sunak told

THE BBC has been urged to be more discreet about its ongoing infatuation with chancellor Rishi Sunak.

Over the last year, incidents including mocking up Sunak in a Superman costume have clearly indicated the corporation has the hots for Rishi and wants him to be their boyfriend.

A BBC spokesperson said: “Yes, we know we’re supposed to be neutral but how can you with a dishy dreamboat like Rishi?

“We want to settle down in the Cotswolds with him and have his babies. We’re not being metaphorical – everyone in the news department wants him to come in and literally shag us one by one.

“It’s not just the way he rose from humble origins as a hedge fund manager involved in amazing tax schemes to one of the top posts in government. It’s the way he’s so generous, giving us all this money. I expect he pays for it himself.

“Booking a hotel room is a great idea. It’s going to be pretty crowded but we’re all prepared to try anything.”

BBC viewer Donna Sheridan said: “Didn’t Eat Out to Help Out significantly increase the death toll? And didn’t his delay in extending furlough cause loads of job losses? 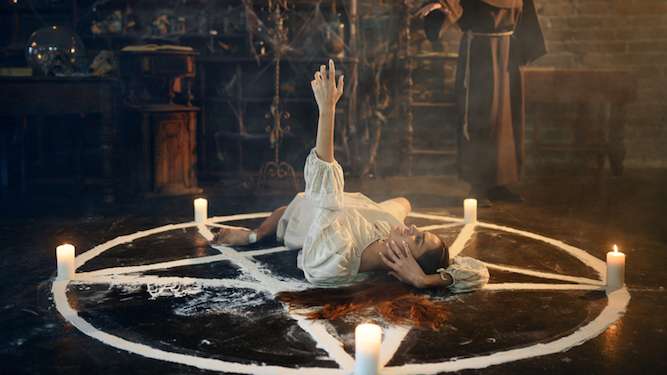 AS a pre-internet child in the 1980s it was easy to believe any rubbish your friends – or your dad – told you. Here are some nonsensical things you firmly believed in.

Approximately 12 feet in length, this lived in a local lake or river. There was no evidence for its existence, so it was clearly a wily creature, and definitely not the result of a Tomorrow’s World episode featuring a mechanical pike built for a crap British Jaws rip-off.

You can use a balloon as a condom

The source of this ‘fact’ was usually a school friend who was excited to have some sex knowledge, even if it was total bollocks. Not something you’d believe if you’d actually had sex, and this is probably just as well because you were 11.

A disused railway hut or similar was host to regular diabolical meetings of Satan worshippers. Or maybe it was just a disused hut. The local Satanists of the 1980s were not much good at it, as there are no accounts of Satan striding into a Wimpy in Nantwich for a sausage ‘bender burger’.

The cool kid in your year – the one with the Lacoste tracksuit – fingered five girls at a wild party. Or did this not happen at all and it was a typical shite teenage party with parents upstairs strictly monitoring the weak shandy consumption? Let your adult brain decide.

For example: if you spent even more time hammering away obsessively at Elite, it would unlock a secret spaceship. This never happened, in the same way that car manufacturers don’t waste time and money hiding a secret jetpack under the back seat.