PRESIDENTIAL hopeful Mitt Romney was constructed from four dead things, it has emerged.

The life form known as Mitt Romney is in fact a patchwork of parts from former Ohio senator and Grecian 200 poster boy Joseph Turner (died 1982), the pliant mind of Kentucky representative Tom Booker (died 1998)  and Texas Governor Wayne Hayes (died 2004), of whom it was said in his obituary “truly, here was a man who wore a suit.”

‘Mitt’ is the name of the dog whose life was sacrificed so that his mindlessly faithful, wagging tail could be secreted in Romney’s trousers.

Operated by remote control from Republican Party HQ, the Mitt Romney is considered the party’s most sophisticated yet, being capable of three physical functions: a rictus smile, a stiff armed, non-Nazi salute and the ability to embrace a wife-shaped entity.

US political analyst Stephen Malley said: “It had been feared that the influential religious Right might object to a candidate made up of reanimated corpses.

“However they gave their blessing on the understanding that none of the bodies were from homosexuals.”

Similar moves to create composite opposition leaders in the UK have been less successful.

Ed Milliband was intended to be a composite of three promising young Labour volunteers who agreed to lay down their lives and body parts for the Party cause.

However, two of them withdrew at the last minute, meaning that the 64% shortfall had to be made up with latex.

Baldness anxiety cured by not giving a shit 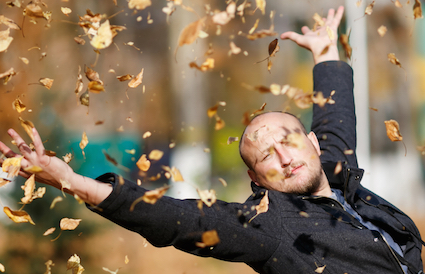 MALE hair loss-related anxiety can be cured by growing a pair of balls and getting on with it, it has emerged.

As scientists claim a baldness cure will hit pharmacies within two years, researchers at the Institute for Studies have found a link between worrying about hair loss and being unmanly.

Professor Henry Brubaker said: “There are all kinds of terrible medical complaints that kill you, having some follicles fall out isn’t one of them.

“If a man is freaking out about such a relatively paltry thing he’s either way too self-absorbed or has been ‘turned’ by the trend for marketing male vanity as something that is socially acceptable.

“They need to remember that nothing with a pair of testicles attached to it can ever be truly beautiful, despite what the magazines say.”

“It was my girlfriend who suggested I stop whining like a baby animal and start acting like a penis owner.”