CHANCELLOR George Osborne is to throw everyone in Coventry out of work after a brilliant suggestion from Harriet Harman.

Mr Osborne had spent an hour setting out a hard-hitting budget but then immediately withdrew it after Ms Harman said it would have the same impact as taking the axe to the West Midlands hellhole.

The chancellor said: “That is just a stunningly good idea. Does anyone really object? I mean really? And don’t just disagree for the sake of it. Let’s think about this for a minute.”

Holding aloft a copy of the Budget, he added: “This is horribly complicated. Tax rates, allowances, thresholds, family credits and stuff. It takes ages to read and, I’ll be perfectly honest with you, I don’t really understand any of it.

“Sacking Coventry is fair, simple and should only take me about 20 minutes.

“Now some will no doubt say ‘what about all the people in Coventry? What are they supposed to do?’. But I don’t care about them and neither does anyone else.

“We can protect welfare support for the rest of the country and make sure that middle class families continue to receive the annual increases in child benefit that they need to buy really good chorizo.

“Mr Deputy Speaker – Coventry. FUCKED. I commend it to the House.”

A Treasury spokesman said the imminent de-Coventrisation of the UK replicated the key aims of the Budget perfectly by targeting around 300,000 indolent scroungers with ghastly regional accents.

He added: “We will however be pressing ahead with the VAT increase, but to those on low incomes who are concerned we would simply say, why not spend the money on fresh fruit and vegetables for a change instead of yet another enormous television that you can’t afford anyway and will only make you even more fat and stupid, as if that was actually possible?

GPs To Rate Patients On The Basis Of Leaving Them Alone 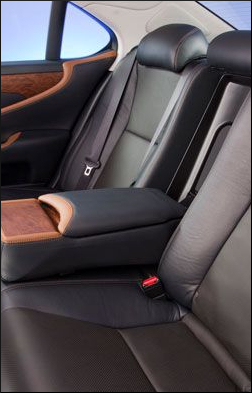 GP waiting times are to be scrapped so doctors can prioritise based on a patient’s potential to disrupt their wine shopping.

The British Medical Association said the previous 48-hour appointment deadline meant that too many doctors were being forced to buy their wine after 5pm, when the shops were full of other people.

Under the new system, patients will receive a consultation while sitting in the back of their GP’s Lexus, or be sent a text message from Corney and Barrow telling them to call 999 if anything falls off.

Dr Nathan Muir said: “It’s a simple matter of looking down the list and shifting anybody called Agnes or Dorothy, or any of the other moany old bastard names, straight to the back of the queue.

“Last winter I lost count of the number of old giffers I wasted an hour with, only for them to bite the big scone a week later. And I was right in the middle of a really good Chateauneuf du Pape. Arseholes.”

But Muir stressed the reforms would not mean a reduction in service quality as anybody with one of the skank names – like Chantelle or something that ends with an ‘i’ instead of a ‘y’ – can expect to be seen the same day.

He added: “Even if it means conducting the consultation after the surgery has closed. In fact, that’s probably the best time, you know, for all the medicine to work better.”

Meanwhile the BMA confirmed that patients transferring to a new surgery will need a reference stating that they never, ever bothered their previous GP, not even for one minute.

Muir said: “Like all doctors I want to be able to buy top quality wines while offering a modern and efficient service to a seemingly endless procession of female volley ball players with nothing wrong with them apart from over-sized breasts and chronic sex addiction.”