A PRO-BREXIT MP has exploded mid-speech in the House of Commons.

Julian Cook, member for Mole Valley, was simultaneously claiming that the leaked Brexit impact report was a fake, that it jeopardised negotiations and that it did not exist when he detonated, spattering MPs in a 25ft radius with viscera and pinstripes.

Deputy speaker Denys Finch-Hatton said: “These Brexiters are under tremendous internal pressure, attempting to disregard their previously rock-solid faith that business knows everything, while flooding their systems with high-octane xenophobia, and they’re just not equipped to handle the contradiction.

“It’s alright for David Davis. None of it goes in. But some of these gentlemen have working brains, and the more strain they’re under the more spontaneous explosions we’ll see.

“And it’s not just Tories. When Labour MPs try to understand whatever the fuck Corbyn’s Brexit position is, their temples begin to bulge ominously. Luckily most of them don’t bother.”

The number of exploding MPs is expected to increase to approximately four per week by October, after which Britain will be governed by whatever is left. 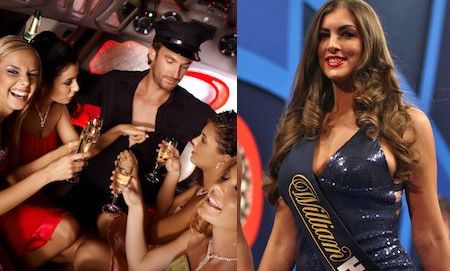 AN IDIOT has set out his theory of why hen parties are just as sexist as the World Darts Championship.

Martin Bishop explained that a male stripper who has been paid to be voluntarily sexualised at an adults-only event means it is acceptable to wolf-whistle at scantily clad young women being paraded on the stage of a darts contest.

Leaning back in his chair and smiling, Bishop said: “I have given an example of a situation where women can objectify men and so that is the end of the argument. You have nothing to complain about.”

But Eleanor Shaw, a woman, said: “Yeah…not really the same.

“I’ve been dragged to a few boxing and darts shows because I married the wrong person. There are never men holding up round cards in a pair of Speedos.

“If we had sexy men parading around as a side-attraction at private, ‘women only’ dinners or at ‘women’s sports’ such as netball, volleyball or tennis, then Martin might have a point.