Mother-in-law a 'fascist nightmare on gak' until babysitter needed

A WOMAN’S mother-in-law is basically a Nazi on speed until the babysitter cancels and a quick replacement is needed, it has been confirmed.

Emma Bradford takes exception to the way her mother-in-law, Jackie Williams, keeps making ‘helpful suggestions’, such as not raising her son vegan, but is also instantly fine with Williams raising her son when there is nobody else around to do it.

Bradford said: “I’m so sick of the way Jackie keeps interfering. The other day she tried to potty train Will, insisting he was ‘lagging behind’. He’s three weeks old.

“She also took down a lampshade in his room, insisting it was ‘aggressively pointy’ and she keeps insisting he’s already said his first word and it was ‘grandmajackie’.

“She’s a fucked up nightmare, but also I’ve got to nip to the shops and she’s the only person with nothing else on.”

Bradford added: “The most healthy thing I can do is put firm boundaries in place and show her who’s in charge: me.

“And also her when I’ve got a girls’ night out and her idiot son is on a golf weekend.”

Robots 'not thrilled' by idea of working in Sunderland 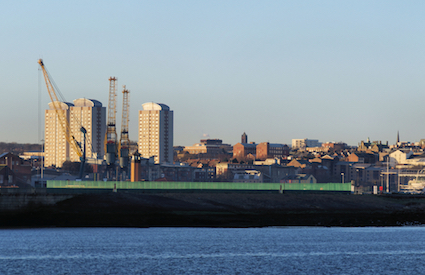 ROBOTS have asked if instead of Sunderland, Wakefield and Macclesfield they can work somewhere nice, like Bath.

With a robot workforce likely to take over up to 30 percent of manual jobs in the North in the next 12 years, the robots have asked if those cities are the only options available.

Robotic arm, Tom Booker said, “All I really know about Wakefield is that it’s where Black Lace come from. And that’s all I need to know.”

“I’ve never heard anyone actually say it or even imply it, but they voted strongly for Brexit despite the possibility of it costing them jobs at the Nissan factory so they must at least understand irony.”

Bradford added: “My brother-in-law is a sat nav in a Nissan Micra so he should be able to tell me all the nice places to go to in Sunderland. In fact, he’s just texted me.