THE Conservative Party leadership are to shift the focus of their election campaign to securing the support of their own wives.

A weekend poll showed that despite maintaining a lead of at least six points over Labour, the party was still 38 wives short of an overall majority.

Since 2006 the Tories have used millions of pounds from businessman Lord Ashcroft to target their most marginal wives with Mini Coopers, fancy new hats and a special machine that can suck all the fat out of their upper arms.

But now there are signs the target wife strategy may be faltering after some of the wives admitted to a fondness for broad-shouldered northern men who work with their hands and use rough language.

It has been claimed that David Cameron's wife Samantha has voted for different political parties in the past raising concerns that she may be some sort of normal human, while party insiders say Ffion Hague just doesn't give a shit any more.

The Tory panic comes after Gordon Brown boosted his re-election chances by lying through his teeth to the Iraq Inquiry and then flying to Afghanistan in a move that made it clear exactly how intelligent he thinks you are.

The prime minister also made an empty promise about providing some new vehicles that are not made from moist, wholemeal bread while Labour said it was the Tories who were guilty of 'cynical timing' for attacking Mr Brown so soon after he had done something.

Meanwhile Liberal Democrat leader Nick Clegg told Sky News the prime minister had done the right thing by exploiting British troops, defended Jack Straw over the Jon Venables case and insisted the Tories were the secret, evil controllers of the international currency markets, before refusing to say which party he would support in the event of a hung parliament.

Mr Clegg then left for Downing Street where he replaced Guardian editor Alan Rusbridger at the business end of Mr Brown's throbbing tumescence.

Woman Completes Film Without Banging It Into Other Film 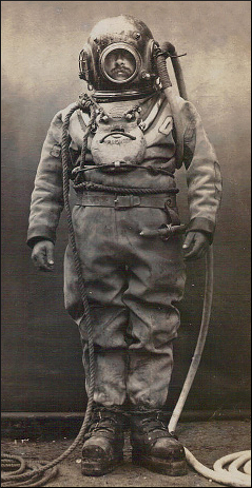 KATHRYN Bigelow was last night honoured for completing a film without bumping it into any other films in the immediate vicinity.

The director of The Hurt Locker became the first woman to win an Oscar for managing to put a film in a cinema without having a nervous breakdown, tearfully swapping insurance details with another director or leaving it poking out of the cinema at a really selfish angle.

She said: "There were times when I thought, 'this is too difficult' and this camera thingy doesn't work properly and all the other films are too close together.

"I almost swapped seats with my husband and told him to finish it. But then I took a big, deep breath, moved the film back to where I started and tried another 68 times."

According to the poster The Hurt Locker tells the story of the emotional traumas of a group of 19th century deep sea divers who find themselves caught up in the chaos of post war Iraq.

After realising they are trapped in the future they decide to make themselves useful by defusing bombs while protected by their heavy boots and shiny, bulbous helmets.

Elsewhere Jeff Bridges finally became the first Jeff Bridges to win Best Actor for his 18th portrayal of a very slightly different version of himself.

Sandra Bullock became only the 82nd woman to win Best Actress for her portrayal of one of those screechy, under-educated mothers that Americans seem to love but everyone else would like to stab in the arm and push into a shark tank.

Meanwhile Sandy Powell was the only British triumph of the evening, winning Best Costume Design for dressing lots of actors playing Victorians in Victorian costumes that she obviously just copied out of a book.