PRESIDENT Trump has told media that Boris Johnson, Nigel Farage, Lord Haw-Haw and Jack the Ripper are all great guys who he could do a great deal with.

Trump believes the Tory leadership hopeful, the Brexit Party leader, the Nazi collaborator and the Victorian serial killer have all said good things about him and therefore should run Britain.

He continued: “Boris I like a lot because he’s like me. A winner. A success. Does it by instinct like I do. He’s going to marry Ivanka. I just decided.

“Nigel won Brexit, so he should get to rule the country, and he’s a real little gentleman. Kind of like a butler, but white. Plus he helped me pay Wikileaks one time, which I’m not meant to talk about.

“Lord Haw-Haw is a proper English aristocrat. A lord of the manor. I know he helped a lot of people during the war just by talking common sense, not the fake news the Allies were pushing. Those crowds outside were all cheering me.

“And Jack the Ripper, what’s not to like? A great guy who did a lot to help women, and back then women didn’t have it so good, you know? But the liberal media led a witch-hunt against him.

“I’ll make a deal with any of them tomorrow. Them or Piers. Nobody else.”

The Love Island contestant's guide to not being unbelievably stupid 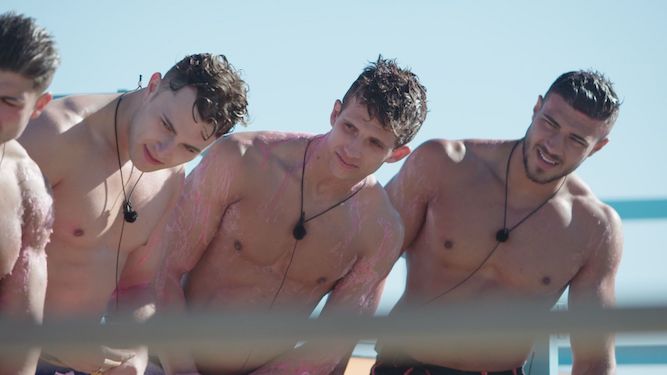 ARE you a Love Island contestant worried that you’ll become a meme by saying something jaw-droppingly thick? Here are some basic things you should know about.

Dogs do not understand your feelings. Teddy bears are not a real species. Animals cannot talk, not even meerkats. There is no point in having a plan to kill all the sharks because they are not evil.

Philosophy deals with concepts such as the nature of knowledge and whether there can be non-subjective moral values. Your fellow contestants are not being ‘philosophical’ if they say ‘Makes you think, how big the sea is, innit?’

It’s understandable if you know nothing about Brexit because it would be a waste of valuable gym time. However try not to reveal your staggering ignorance by saying ‘Germany’s not in Europe mate. It’s next to Japan.’

Not something to worry about. You are unlikely to be pilloried by an ITV2 audience if all you’ve read since your GCSEs is Twenty Ways to Pro Biceps or The Paleo Boiled Egg Diet.

Maybe keep quiet about some of your fundamental beliefs. You may well be a kind person, but it is not because you are a Pisces. You are not genetically lucky even if you and your dad have both won £60 on the lottery. ‘Keeping it real’ is not actually a thing.