WITH opinion polls placing UKIP as the UKs third most popular political party, their leader Nigel Farage has hastily made up some policies over dinner. He worked late into the night, oblivious to chairs being stacked around him

He told passers-by: I have in my hand a two-ply piece of paper. With this Policy Napkin we will wipe the cranberry sauce of failure from the chin of Britain.

The flaccid document states that schools should no longer teach the Roman or Norman conquests of Britain, concentrating instead on “times we beat the French or Germans”.

Also according to the napkin, if UKIP are elected the NHS will only treat diseases with British names.  Parkinsons sufferers will still be cared for, but hospitals will not treat foreign-sounding illnesses like CreutzfeldtJakob disease.

The napkin promises to abandon the metric system for new measurements named after British icons.  Length will be measured in Churchills, with one Churchill equal in length to Nigel Farages forearm.

Longer distances will be measured in Spitfires, which will equal the distance between Mr Farages house and his nearest WH Smiths.

Similarly, weight will be gauged in Bothams.  A Botham will be defined by the weight of potatoes Nigel Farage can lift above his head without breaking into a sweat.

Other policies include compulsory morris dancing for the under 20s, funding for a new series of Lovejoy, and the banning of pasta.

The final policy on the napkin was thought to address welfare reform, but was later found to be gravy. 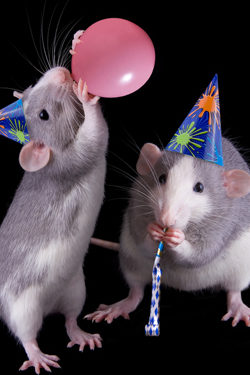 PEOPLE from across the world came together last night to celebrate and give thanks to John Terry for retiring from international football. Jubilation spreads across the species

Terry insisted his resignation was due to the FA making his position untenable, but admitted the fact that he has the turning circle of a hippo with a javelin through its head and none of his teammates can bear him had not helped matters either.

He announced his decision ahead of the FA court case, sparking street parties, a moments pause for a brief prayer of thanks and a temporary ceasefire in many of the worlds trouble spots.

Footballologist Wayne Hayes said: I was watching BBC24 when the news broke and it was like the scenes in Independence Day when the alien ships start getting blown up at the end.

There were grainy shots of Amazonian tribesmen lighting fires in celebration, remote Tuareg nomads shaking rifles against the star-spattered Saharan sky and all that was really missing was a bunch of Ewoks dancing around Han Solo.

But I think it was when I saw Benjamin Netanyahu hugging Mahmoud Abbas and the pair of them getting pissed together that I realised I was witnessing something special.

The celebrations were tempered with the realisation that Terry would still travel abroad for Chelseas Champions League matches. But the stock exchanges opened this morning to buoyant trading, leading economists to call on teammate Ashley Cole to make a similar gesture to help get the world economy back on its feet.

Hayes added: If life gets you down today, remember that the England team is now nine percent less arseholey and that youve experienced the unheard-of thrill of being pleased by something John Terry has said. Treasure these moments.”