What sort of Brexit are you?

DO YOU want a hard Brexit, a soft Brexit, or a mega Brexit with extra mushrooms? Take our quiz to find out.

Should the UK remain a member of the single market?

What controls should there be on free movement?

Is it important to remain part of the European Customs Union?

How should the UK enforce its border with Ireland?

Where would you envisage the UK’s economy being in two years?

What role should Nigel Farage have in the post-Brexit government?

Mostly 1s – Oh dear, you want a soft Brexit. Don’t you realise that wasn’t the unspoken and unverified will of the British people?

Mostly 2s – You want your Brexit soaked in vinegar overnight and baked in the oven for three hours. 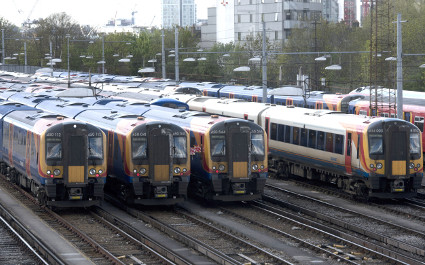 Chris Grayling and his team worked through the night to come up with the idea of fixing Britain’s feeble train network by putting more of it into private hands.

Undersecretary Nathan Muir said: “Chris had us doing all these exercises to get us out of our conventional way of thinking and generate genuinely left-field ideas.

“We knew that the problems of spiralling fares, huge subsidies and chronic mismanagement were down to privatisation, so we approached the issue backwards.

“What’s the very last thing anyone would think of, the solution so outlandish nobody is considering it? Then it came to us: more privatisation.

“Free market competition always drives up standards, especially in a situation where the consumer will only ever have a choice of one thing.”

Labour leader Jeremy Corbyn said: “Now, the trains. I’m sure we’ve got a policy on this, haven’t we?

“We must try to get a press release out before Christmas.”