The Brexiter's guide to admitting you miss cheap migrant labour

DO you secretly regret your former zeal for kicking out all foreigners because you like petrol and ham? Here’s how to admit it without losing face:

Before admitting maybe immigration was a good idea, pick a new scapegoat. Take out your irrational anger on the young people of Britain who think they’re too fancy to do an honest day’s work slaughtering pigs in an abattoir, as if you haven’t worked in an office your whole life.

‘Why can’t farmers butcher pigs themselves and sell them to the village shop?’ you ask, with vague memories of Charlotte’s Web. Because it’s not the 18th century and meat production has complex supply chains and safety checks. Once this has been carefully explained to you several times, still deny it.

Get in a pickle about wages

Raising the minimum wage sounds like socialism, and yet wage rises could be the only way to persuade people to kill pigs, pick raspberries and sleep in trucks in laybys on the A50. Is it better to allow foreigners in or pay Brits you consider beneath you more? Tricky. Is there any way we could achieve the same result by cutting benefits?

Wonder whether it was all worth it

Brexit was all you believed in for a decade, ever since you were seduced by Nigel Farage, but it does seem to be turning into something of a shitshow. Begin to entertain the notion that maybe immigration has some benefits, but don’t admit it out loud to anyone. They might take your blue passport away.

Consider a Christmas without pigs in blankets

When it comes down to it, the most important thing in life is pork products wrapped in other pork products at a particular time of year. All the immigrants can come back if they can give you petrol, meat and someone to make xenophobic comments about again. 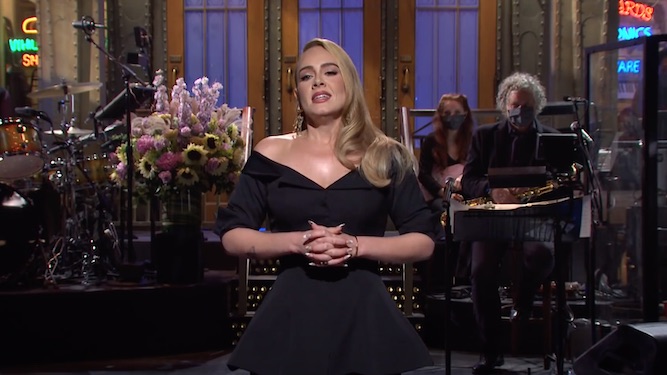 ADELE has announced that she is releasing a new album of heartbroken songs with which listeners can shed 30 pounds in just 12 weeks.

30, which is expected before Christmas, combines the singer’s defiant ballads of love turned sour with a diet and exercise programme which promises to give all her fans the new svelte Adele look.

“Song like Hurts So Much (Can’t Eat A Thing) and 5k Walks In The Rain will have listeners sobbing in empathy while subconsciously imitating me and watching their weight fall off.

“You’ll weep the pounds away and be in a size 10 by January, and that’s the Adele guarantee.”

The cover of the album will show Adele, shot in sepia soft-focus, wiping away a tear while holding out the waistband of a pair of her old trousers to demonstrate how much weight she has lost.

It is expected to battle for chart supremacy with Ed Sheeran’s new self-help album, I Became A Billionaire With Just A Guitar And No Discernable Talent… And You Can Too!