NEWCASTLE have volunteered to be relegated from the Premier League, following their 6-0 defeat at home to Liverpool.

As the table stands they would have an excellent chance of avoiding demotion, but the club said it would be for the best if they were to drop down to the second tier to avoid further embarrassment.

They have asked if they can go down straight away, playing their last three fixtures against Championship opponents rather than Premier League teams.

Newcastle manager Alan Pardew said: “That 6-0 defeat hit us hard. Every last player in our team was crying like a baby in the dressing room and nobody from Liverpool came in to say that they were sorry, even though they must have been able to hear us through the wall.

“If it’s all the same to everyone, we’d prefer to play teams like Doncaster Rovers.”

This is not the first time this season a team has volunteered for relegation – Queens Park Rangers asked to be relegated in September after seven games of the 2012-13 season but were refused permission.

Following the draw with Reading that confirmed their demotion, a smiling Harry Redknapp said: “We had to do it the hard way but we got there in the end.”

Grandchildren threaten to withdraw their love 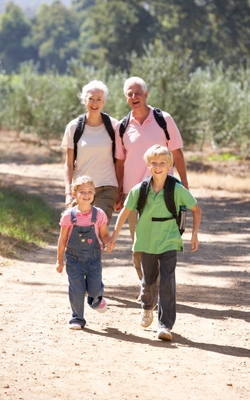 GRANCHILDREN have threatened to withhold their affection if elderly benefits are handed back to Iain Duncan Smith.

As the welfare-reluctant minister called on better-off pensioners to voluntarily return benefits, grandchildren demanded to know how would be able to afford shitloads of Ben 10 action figures.

Nine-year-old Stephen Malley said: “Grandad’s surplus pensioner money gets handed to me, in instalments of £5 and £10, as a reward for being alive.

“Should these payments cease I would never see my grandfather again because there would be no point.

“Iain Duncan Smith likes to act the hard man but I’m a child so I haven’t even developed a proper conscience, I’m basically Patrick Bateman with a fringe.

“Also Duncan Smith is an unlikeable bald bastard, whereas I am of small stature and therefore cute.”

81-year-old Denys Finch-Hatton said: They can have my winter heating allowance when they pry it from my warm dead hands.