Benitez to black up

RAFAEL Benitez will don blackface during his time at Chelsea in a bid to reduce abuse from fans and players.

Benitez believes that becoming the leagues first minstrel-manager will be so confusing to everyone that they will be too scared to criticise him in case that makes them racist or black, or a black racist.

Benitez said: Im hoping to baffle the fans into stopping their booing by slapping on boot polish and answering all future questions in a thick Jamaican accent.

“At the very least itll make them think Im not the guy who hated their guts whilst at Liverpool as theyre an easily-confused bunch.

I also expect the players will start telling reporters that some of their best friends are me, so that will help training sessions go a bit more smoothly.

He will further wrongfoot the team by playing only reggae played by white performers such as UB40 on the team bus and travelling with his father, who has been dressed up as a Sikh.

Benitez added: If this fails I can always go back to the old schtick of pretending to be a paranoid lunatic with delusions of grandeur that kept Liverpool fans entranced for nearly six years.

The Spanish beard model has been criticised by supporters for his incendiary comments about how he believed they could win the Champion’s League.

Many Chelsea fans protested against Benitez’s appointment by buying an expensive ticket for yesterdays games so that they could wave misspelt handwritten signs that may or may not make him resign. 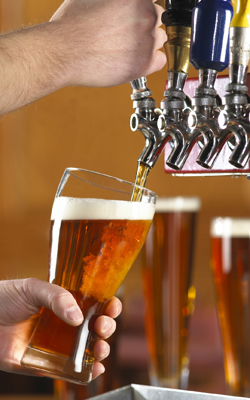 A MINIMUM alcohol price would make Britons cut back on less essential items like food, it has been claimed.

Government plans to charge a fixed price per alcohol unit has left millions concerned they would be forced to stop consuming solids.

Office worker Stephen Malley said: “It’s already tough getting drunk every evening. If the price goes up any more I’ll just have to hope beer has enough nutritional value to keep me alive.

“Any booze price rise should be restricted to drinks with ‘Turbo’ in the name or a fist on the can, to ensure middle class people like me aren’t affected.”

Meanwhile a loose coalition of street drinkers in a park has offered to meet David Cameron for a fight after responding to the plans with angry, largely incoherent protests.

Logan then gave a short mime performance illustrating how he would repeatedly punch David Cameron, which ended as he nearly fell into a fountain.

Fellow drunk Stephen Malley said: “This policy is just further proof of my suspicions that I am being victimised by the entire universe.”