ANOTHER batch of foreigners was sent packing yesterday in a major victory for Britain’s grass.

The Wimbledon lawns scored memorable wins over Maria Sharapova and Caroline Wozniacki, while seven other foreigners surrendered rather than face a battering at the hands of the All England Club’s big green rectangles.

“I knew that Sharapova would try and stop me from playing my normal game so it was really about making sure I stayed as flat as possible.”

Centre Court, the current British number five, said: “I love playing against Caroline Wozniacki, she is a fantastic opponent, but when I got up this morning I felt very slippery indeed.”

But the court refused to take credit for the demise of Roger Federer, insisting: “That wasn’t me. He was just rubbish.”

Centre Court added: “I want to conserve my energy for the weekend so I can send Novak Djokovic skidding headfirst into the umpire’s chair.”

Meanwhile, Court Number One, the British number eight, said: “It’s a shame that Jo-Wilfried Tsonga has run away like a little girl.

“I’ve actually been fitted with a trap door and a crocodile pit and I was hoping to try it out on a Frenchman.”

BBC urged to stop apologising to every single weirdo 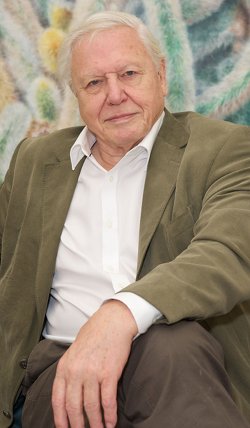 THE BBC needs to stop apologising every time some oddball writes a letter, it has been claimed.

The world’s most respected broadcaster issued an apology for offence caused by Holly Willoughby’s clothing on The Voice, after complaints from just over a thousandth of one percent of the show’s 7.5m viewers.

Professor Henry Brubaker, of the Institute for Studies, said: “Somebody has to read the complaints and then several people have to have a meeting about the complaints.

“Then some emails go back and forth and then the statement has to be drafted, and then approved by several layers of management. And then the press office has to issue the statement and deal with follow-up enquiries from the media.

“Because about a hundred fruitloops think Holly Willoughby is a prostitute.

“That is your money that is being spent on responding to a complaint about a dress.”

Media analyst Julian Cook said: “The fact the BBC makes The Voice is horrible enough. To spend even more of our money responding to complaints about it is basically theft.

“The BBC was much better when it just carried on regardless. No focus groups, no witless commissioning editors and absolutely no apologies. Just David Attenborough and Dennis Potter doing their thing and then saying, ‘oi, watch this you fuckers, you might learn something’.”

He added: “People are idiots and the BBC needs to start ignoring the absolute shit out of them.”