As England finished the first day with Australia on 273-8, fans were seen skulking in downtown Brisbane self-consciously celebrating in the dimly-lit bars of the infamous Sports Pub district.

England fan Wayne Hayes said: There was a card in a phone booth offering relaxing cricket boasting and before I knew it I was screaming The finest team the world has ever SEEN with a bunch of men whose names I didnt even know.

The next morning all I could think about was what I was going to tell my wife when I got home. What if a photo of me smiling and looking confident got back to her?

But todays performance has proven what I knew in my heart all along  Im a misery man and proud of it.

In Australia, where being good at sport has been legal since 1969, revelling in victory is considered socially acceptable and many well-known Australians have been photographed openly enjoying watching cricket in public.

Hayes said: After my experimentation the other night I know this makes me a hypocrite but if any of my kids came home one day and said theyd fallen for Barcelona Id disown them.

Hull pledges a 'shitload' of culture 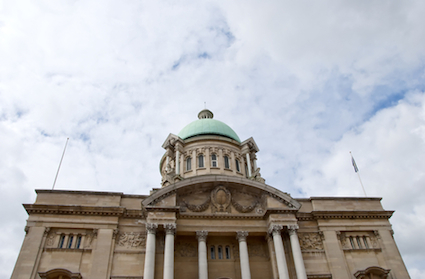 THE city of Hull last night pledged to show Britain what culture really is, especially if you are into magicians.

After being named UK City of Culture 2017, Hull insisted it would put on a year of events that would be ‘very classy, even the ones with an intense focus on gratuitous nudity’.

John Prescott, the city’s former MP, said: “We are going to culture the fuck out of this.”

A council spokesman added: “People in Hull like magicians. When Paul Daniels was here a couple of years ago he needed a police escort. It was mental.

“Beyond that we’ll probably have some fancy dancing and a guy who can eat a bike.”