STUART Broad has insisted that England can reduce its runs total to 20 in the Twenty20 finals.

The side posted a much-decreased score of 80 against India, who leaked a showy and excessive 170 runs in reply, and are looking forward to wrapping up their tie against the West Indies on Thursday in under an hour.

Broad said: Were really getting the hang of limited-runs cricket but were going to have to work hard at waving the bat around like a rainbow flag at a Pride parade if were to get down to the magic 20 figure.

Our bowling attack, if that is the correct term, has also assured me that our opponents will struggle to keep their score under three figures.

T20 cricket was developed to attract new fans to cricket by promising them they wouldnt have to suffer too long but England played disastrously in 2010, continuing to score bloated run totals until they were the last team left in the tournament.

The ECB promised to overhaul the national squad to ensure fans would not have to watch so many games in future and started by removing Kevien Pietersen, a notorious run-culprit, from the side.

The work on reducing Englands contact with the ball continues ahead of their Super Eight match later this week, with hand grenades being used in the batting nets to instil a genuine terror of flying round things.

Broad said: A lot of England fans have travelled out to Sri Lanka and well do our best to ensure they have an exciting time doing something other than watch us play cricket. 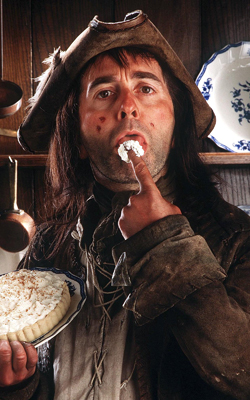 DAVID Cameron is offering a ‘lovely turnip’ to every non-land owning home to counter accusations of Tory elitism.

Cameron said: “This perception of Conservatives as cocksure ‘Lord Snooty’ caricatures to whom the general populace are a seething mass of barely-literate, hessian-clad imbeciles is a tired, baseless piece of reverse snobbery.

“And to prove our empathy and generosity towards the masses, every non-land owning household is to get a free, juicy turnip.

“That’s right. A whole turnip, yours to do with as you please. Roast it, make it into flavourless soup, or simply eat it raw.

“Don’t fight over it though. Then we’d have to get the police out, assuming they still obey us.”

Tory backbencher Denys Finch Hatton denied that the word pleb was derogatory. He said: “Even had Andrew said that, it’s one of those words that’s been reclaimed.

“At Westminster we use the p-word all thing the time, whenever I see George Osborne I’ll go, ‘What’s up, my pleb?’ and he’ll reply ‘Oooo arrr’.”

Mother-of-two Nikki Hollis said: “When a man on a cart threw a turnip through my living room window I was quite shocked. Who do they think they are?