England fans asked to not care

ROY Hodgson has asked England supporters to stop being bothered about what happens, in a bid to boost results.

After Team GB coasted into the quarter finals of the Olympic competition without a single supporter even noticing, Hodgson has become convinced there is a causal link between being supported and being absolutely terrible.

Since its seldom-mentioned 1966 World Cup win the national team has become increasingly shambolic. The FA fears that, if the trend continues, by the 2014 tournament in Russia everybody in the country will be rabidly cheering 23 inanimate puddles of flesh.

Hodgson said: Well need the tabloids to fill their back pages with croquet results or something for this to work, but if everyone stops giving a shit I believe we could produce the finest England side in 55 years.

Ill certainly do my bit by insisting they continue playing the kind of prosaic bilge that made Liverpool and West Brom so joyless to watch and with Andy Carroll coming to prominence theres the chance to play the route-one stuff that nobody wants to see.

Fears had been raised that Team GB would fail in their quarter final against South Korea after Cardiff Stadium sold out, but thanks to LOCOG this translated to half a dozen Mastercard reps slouched in a sea of otherwise empty seats.

If they do progress its expected they will meet Brazil in the semi-final, with a win requiring such a intense that organisers may instigate hypnotherapy to wipe out the memory of the existence of football as a sport.

Hodgson said: It would be the greatest honour of my career if I were to win the World Cup, even if it did mean people asking me whether it was a darts trophy. 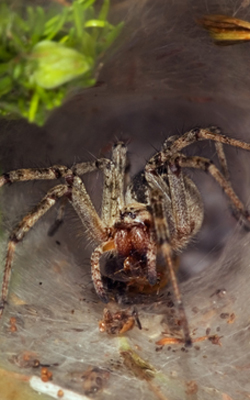 THE cannibalistic female funnel web spider is amazingly like the bitch he used to be married to, a divorced scientist has claimed.

Following the discovery that female spiders who eat males after copulation deliver stronger eggs, resentful entomologist Tom Logan has claimed this is just one of many similarities with his failed marriage.

Logan said: “What happens is that everything’s going fine, the male spider has got a new job and the little spiderlings have started at a good school, when suddenly, out of the fucking blue, the female spider goes to him, ‘it’s not you, it’s me, but I’m going to eat you’.

“Then the male, who’s only ever done his best, gets all chomped up and the female takes all his spider money and the kids.

“Afterwards it all comes out that she’s been screwing this younger male spider from her spider zumba class. And he’s definitely been getting the full works sexually, we’re talking bum mating and whatever, all stuff the husband spider never got and would have gotten an eight-legged slap for even mentioning.

“And the poor husband male, she doesn’t even eat him in one go. Just chewed his legs off so he can’t even open the spider solicitor’s letters that just keep coming.

“I think you’ll agree that this is a major contribution to our understanding of spiders. Probably I could have learned more but I accidentally stamped on the female again and again and again.”