Fans and pundits say a 2-0 victory against Poland is essentially the same as winning the World Cup and beating all the other teams is now just a formality.

There isnt much point in holding the rest of the matches in Brazil in 2014 because FIFA are probably planning to give us the trophy as soon as theyve put our name on and given it a polish.

To be honest, I had my doubts about whether England would ever win the World Cup again. Imagine how stupid I feel now!

England supporter Stephen Malley said: When we won on Tuesday it was literally the best day in the history of the world since 1966. It definitely pisses on my wedding day or the birth of my children.

Me and my mates got a load of cans and partied all night with the Lightning Seeds at full volume, until someone threw a petrol bomb through the window.

Today England manager Roy Hodgson arrived at FIFA headquarters in Zurich to collect the trophy, but was told that a legal technicality required England to take part in, and win, the actual tournament.

Hodgson said: Im hoping this can be resolved quickly, because we need the trophy for the victory parade on Saturday. Otherwise we’ll have to make our own with a tennis ball glued to a Pringles tube. 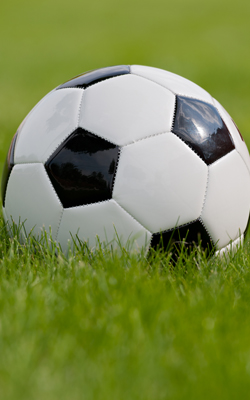 AN online parenting expert’s baby was actually a football, it has emerged.

Nikki Hollis, creator of award-winning blog topofthetots.org has been was spotted kicking her ‘baby’ home from a meeting of a grassroots mothers’ group.

New mother Francesca Johnson said: Everyone wants to be part of the parent blogging community, as they have the best parties and you get so much free stuff.

“But they can be quite unwelcoming if you don’t actually have a kid. So she bought a football and wrapped it in a blanket.

She added: Frank I once bought a baby car seat and kept a carton of long life orange juice on it, and blogged about its adventures.

I kept it up for a while, but eventually Fiat offered me a sponsorship deal and it got to the point where I had to have a proper baby, otherwise I was going to court.

Mother and blog fan Donna Sheridan said: Im shocked, but really, the signs were all there.

“For example, her advice for dealing with a baby that wouldnt stop crying included lacing your breast milk with Co-codamol.

Father-of-two Stephen Malley said: Weve made an icon out of someone who isnt even fit to be an au pair.

Mind you, as far as I could tell, that football wanted for nothing. It was never without a home-made organic smoothie, and she took it to Build-a-Bear at least twice a week.