FOOTBALL fans are once again choosing to ignore how the multi-million pound transfer market makes their club allegiances look stupid and pointless.

As a few millionaires threw around some loose change to commission the services of a brand with knees, fans across the country insisted the brand would combine well with all the other brands who work in the big building they go to at weekends.

But the seasonal movement of high-priced Spaniards between a variety of European and English cities has led experts to once again ask why football fans have still not accepted that no-one could possibly have genuine loyalty to a thing that is based so transparently on absolutely nothing but money.

Professor Henry Brubaker, of the Institute for Studies, said: “While football is clearly a game for children, I could sort of understand that an adult, albeit an intellectually limited one, could derive enjoyment from watching people play it.

“I could even understand if they developed a fondness for an individual player as opposed to a team, particularly as the individual does not constantly change based on whims and purchasing power.

“It’s not as if they can unscrew his head every six months and give him a new one like Wurzel Gummidge.

“Therefore, from what I can determine,  it must be based on an allegiance to the big building and the desire that the people who work there achieve success in their jobs – but purely because they work in that particular building.

“So perhaps football enthusiasts are all actually just secret fans of grand architecture. I know I was pleased when Barcelona won the European Cup, but I think that was more to do with Gaudi and the Sagrada Familia rather than the Camp Nou.

“And even so, what happens when the organisation moves to a new building? Then you’re left with nothing other than an allegiance to a proper noun.”

He added: “At the end of the day you’re really just some fucknut who likes the word ‘Arsenal’.” 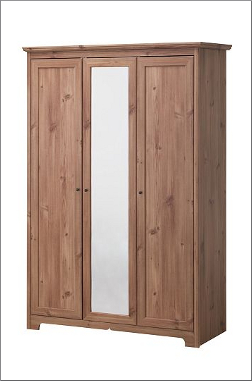