HULL City chairman Adam Pearson is to follow up his appointment of Iain Dowie as manager by burning the stadium to the ground and salting the pitch.

As part of a staged programme to wipe the club from the face of the earth, Pearson will ask the local authority to institute a by-law making the wearing of the black and amber shirts a burning offence.

Fans will be encouraged to throw seats onto the pitch before, during and after games, while the dressing rooms will be stocked with a free bar, an unco-operative DJ and some hand grenades.

Pearson said: "Phil Brown unexpectedly backfired on me, what with the promotion and everything, but Iain's just the man to turn Hull City into the footballing equivalent of the lost city of Atlantis.

"Assistant manager. To Alan Shearer. At Newcastle. Just let that sink in for a second."

It has emerged that Mark Hughes turned down the Hull job when he learned the available transfer budget was £149.95m less than his requested £150m, while Avram Grant said no after a free trial at a local massage parlour ended in ignominious failure.

Hull fan Charlie Reeves said: "While I'd like to think that we still don't know how the season will end, hiring Dowie is like Bruce Willis turning to the camera an hour into The Sixth Sense and saying 'I'm a ghost, you know'. We're totally fucking Portsmouthed."

Pearson paid tribute to his former manager, adding: "Phil left a big impression on this club, especially on the beige sofa covers. And while some will memorialise him as the sexbearded saviour of Hull, he always reminded me of the kind of bloke who would try to slip one to the babysitter when he's giving her a lift home.

Most people have no idea what their job is 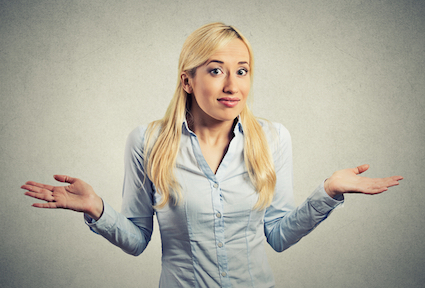 THE majority of the UK workforce do not really know what they are supposed to be doing while they are at the office, according to new research.

The Institute for Studies found that 64% of employees turn up and sit at a computer and then stay there until it feels like it is okay to leave.

Nikki Hollis, a customer whadyamacallit from Swindon, said: “I work in an open plan office with lots of orange girls and sometimes I go to meetings at a slightly larger office in Reading where they give me good quality biscuits.

“Sometimes someone will come up and ask me how it’s going and I’ll smile and say ‘fine thanks’.”

Roy Hobbs, a person who turns up most days from Hatfield, said: “I think I’m supposed to be head of, I dunno, some personnel bullshit thing.

“Or maybe team leader, or assistant product supervisor. Fuck knows. A couple of years ago I filled in some form, told the normal amount of lies during a 30 minute interview, they said something about pensions and then I went for a couple of pints.”

He added: “I get a lot of emails from someone called Tony who goes on about purchasing or something and sometimes asks me about my kids. I forward them to someone called Ian. Or I ignore them.