CHELSEA captain John Terry injured a Stamford Bridge security guard in what the club has described as bungled attempt to have sexual intercourse with him.

Terry was driving out of the stadium after Wednesday night's defeat to Inter Milan when he suddenly developed a raging carnal desire for 35 year-old deputy security manager Steve Rowley.

The shamed former England skipper then deployed one his favourite modes of seduction by driving straight towards the target of his lust in a three tonne Range Rover.

Eyewitness, Nathan Muir, said: "At first I assumed he had knocked over the security guard so that when he got out of the car the man would already be on the ground and the sex would be that bit easier to conduct.

"Then it occurred to me that maybe he was trying to cajole him into the correct position, get him facing the other way on all fours and then use the car to have sex with him.

Terry was forced to resign as England captain last month after he was revealed to have had affairs with the parents or grandparents of eight of his team-mates, as well as an octopus, a bag of frozen spinach and a French person.

Terry's spokesman said: "We want to say sorry by taking Mr Rowley out for a nice dinner followed by a five star hotel and have even told him to bring along any friends or relatives who he thinks John might want to have sex with." 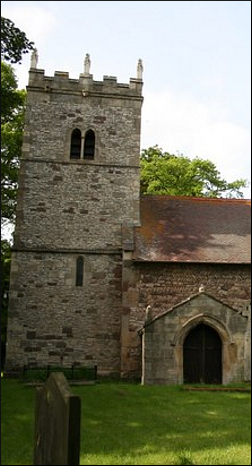 THE Nissan factory in Sunderland is to produce a new electric car that will be unable to get as far as Doncaster.

The Leaf, backed by £21m of taxpayers' money, has been specially designed so that if it is driven out of the factory after rush hour on a Thursday morning it will grind to a state-of-the-art halt on the A1 approximately 100 miles later.

A company spokesman said: "It should get you at least as far as Knottingley, if you keep it at 28 all the way and ignore red lights and stuff.

"The absolute furthest it would get you is probably about two miles north of Burghwallis, which – as I'm sure everyone would agree – is almost Doncaster. When you phone for a cab tell them to pick you up from the pub."

The spokesman admitted it would be difficult to recharge the car in the middle of the South Yorkshire countryside due to Britain's 'scandalous shortage' of incredibly long extension leads.

He added: "You may as well just abandon it by the side of the road. But they only cost about twenty thousand quid so you'll probably have at least five of them."

The company stressed the car would be more attractive to people who lived in urban areas, close to their place of work who had always wanted to have a long cable running from their third floor kitchen window down into the street like some sort of Action Man death slide.

The spokesman said: "We are building up the infrastructure so that in five years time you'll be able to go to Tesco for your weekly shop and then nip into the recharging station for about 16 hours."

Meanwhile, the company has developed a range of marketing slogans including 'The Leaf – Quite Good For Sitting In' and 'The Leaf – Because You Hate People So Much You Can't Even Spend 15 Minutes on a Bus'."