POLICE in Manchester have warned football managers to be vigilant following a daring swindle yesterday.

The swindler, going by the name of ‘Brenda’ and described as short, in his early 40s and almost supernaturally self-confident is thought to have swindled an elderly Chilean in Manchester.

A police spokesman said: “The victim was told he was buying £49m worth of quality goods but on closer inspection it appeared to be a Shaun Wright-Phillips knock-off with no guarantee.

“It’s particularly distressing that this was a vulnerable older gent who just two years ago was cheated out of £25m for a worthless Jovetic.

“There seems to be a rash of these crimes at the moment – down the road at Old Trafford a Dutch pensioner asked us for advice on buying what appears to be German goods five years past its sell-by date.”

The motive for Sunday’s robbery is thought to be malicious as well as financial, with the main suspect previously involved in a Balotelli deal that went badly wrong. The police have warned the public not to approach him as he’s believed to be carrying a Lovren.

Other managers have been advised to mark their players with a UV pen and photograph them wearing the club shirt, to prevent them falling into the hands of Aidy Ward.

Logan said: “Sunday’s victim is trying to make the best of things but all too often such goods are sold off two years later for a massive loss. Usually to Harry Redknapp.” 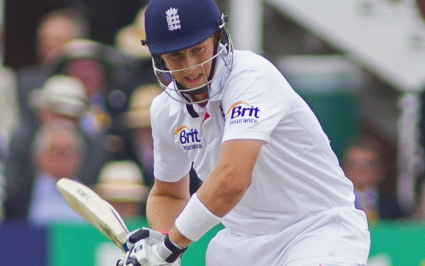 ENGLAND batsman Joe Root is making an audacious bid to be recognisable to normal people.

The Yorkshire player, who followed a century earlier this week with an excellent catch today, hopes to become the one cricketer in every generation who Britons have heard of.

He said: “An unbroken line of cricket players vaguely familiar when they appear in Shredded Wheat commercials stretches behind me.

“From WG Grace to Geoffrey Boycott to Ian Botham, the public is willing to remember the name of a cricketer every ten years, and I believe it is my time.

“And once I am known I will never be forgotten, even though all of my achievements are. Just ask Freddie Flintoff.”