Pep Guardiola assigns positions to everyone in Manchester

NEW Manchester City manager Pep Guardiola has announced the positions that all 514,000 of the city’s residents must stay in throughout his reign.

The position-obsessed manager, full name Peppa el Cerdo Guardiola, once dropped Thierry Henry for scoring a goal from three inches away from his allotted spot and promises to exercise the same rigour on the people of Manchester.

Mancunian Roy Hobbs said: “I’m only allowed on the south side of Oldham Street between Piccadilly Records and Afflecks Palace, and there’s a row of cones to make sure I don’t stray.

“My girlfriend’s on the other side of the street, her movements similarly restricted between Dry Bar and Leo’s Fish Bar, and so we cannot be together until Pep leaves in 2019 or City win the Champion’s League, whichever happens first.”

Guardiola, who will be enforcing positioning by hovering above Manchester in a helicopter screaming through a megaphone, has promised to be the city’s most exacting disciplinarian since Mark E Smith.

The rules do not apply to neighbouring Salford, where Louis Van Gaal has already banned residents from going forward in any but the most tentative and unconvincing way. 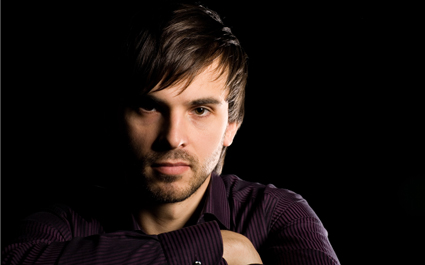 A MAN who says he has a Facebook account but doesn’t really use it is lying out of his arse.

30-year-old plasterer Martin Bishop told friends in his local pub that he has a Facebook account but he ‘never looks at it’ and ‘will probably end up deleting it’.

He said: “I don’t even know why I’m on it to be honest. Sometimes it’s good for keeping in touch with a couple of old school friends but that’s it really.”

However Bishop’s workmate Tom Booker said: “That’s a goddamn lie. He’s always on it. He’s on it more than teenage girls are on it.

“He was late for work the other day and I looked on his Facebook chat and saw that he’d been active on it at 4.30 in the morning.

“Don’t know how he’ll be chatting to people at 4.30am when he’s deleted his profile, especially as it was with his ex-fiancee who is now married with a kid.”

Booker explained: “Sometimes you get a bit bored in the lonely hours just before dawn and want to say hi to a former girlfriend. But I don’t look at all the holiday pictures on Facebook or rubbish like that, it’s way too much information.

“If I didn’t have even the internet at home it wouldn’t bother me.”