Traces of FIFA found on 80 per cent of banknotes

FOUR in every five banknotes has been used for an illegal payment by FIFA, investigators have confirmed.

Currencies from the euro to the dollar to the Angolan kwanza contain clear traces of FIFA’s sweaty fingers when illuminated under ultraviolet light.

An FBI spokesman said: “Almost every note in your wallet has, at one time, been used in a multimillion dollar bribe between football federations, usually in squalid toilets.

“When riffled through, the banknotes issue a whispering sound which, when amplified 100 times, says ‘It’s for the good of world football,’ and ‘they’re only opposing Qatar because they’re racist’.

“The historical figures that appear on the notes, from Egypt’s Rameses II to the UK’s Adam Smith, have all begun to resemble Sepp Blatter’s distinctive, ‘bummed turtle’ countenance.

“And, if left sealed in a vault, they will begin to move very gradually toward Switzerland as if going home.” 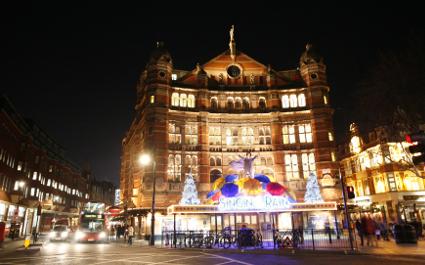 AVERAGE Londoners are excitedly looking forward to missing a host of cultural events in the capital.

With the weekend almost here, residents are consulting events listings to choose the concerts, exhibitions and plays that they will not be attending.

Stephen Malley of Kilburn said: “In London you really feel that the world is someone else’s oyster. Where else in the world could I miss Rihanna playing ten nights in a row?

“Whether it’s an A-list star on stage in the West End I can’t get tickets for, a Michelin-starred restaurant laughing contemptuously at my attempt to make a reservation or a nightclub with guest list admittance only, London has it all.”

But long-time residents admit that they have become blasé about the city’s attractions.

Risk assessor Emma Bradford said: “I feel like I’ve not done pretty much everything there is to not do in London.

“The highlight has to be missing the Olympics in 2012. That was a real once in a lifetime non-experience.

“Still, I could never live anywhere like Birmingham. All those grubby little theatrical experiences within my financial reach. Vile.”