Cats hand over internet to goats

FELINE dominance of the internet will be handed over to goats later today.

Cats have ruled the internet since it was invented but will officially cede control to the bleating, yellow-eyed Satan lookalikes at midnight.

Popular Twitter accounts themed around kittens in shoes will now focus on goats glaring balefully from darkened sheds, and the ‘lolcat’ meme will be replaced by goats eating glass bottles and charging towards terrified children.

Cat Wayne Hayes said: “We’ve had a good run – considering we’re indolent psychopaths – and I like to think we’ve brought the destruction of humanity a little bit closer.

Hayes added: “It’s the goats’ turn now. If I can give them one piece of advice – get in with the Japanese. That’s half the battle won.” 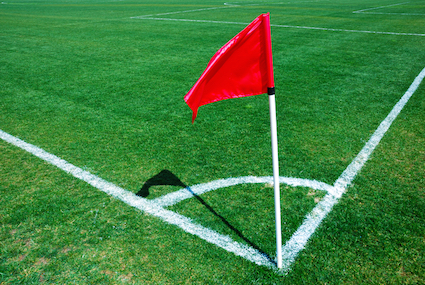 The sport’s governing body said the new design was the biggest innovation in football since the invention of goal scoring and made everything else seem irrelevant.

A spokesman said: “We’ve raised the height of the flags by two centimetres. I’ll just let that sink in for a moment.

“These new flags will allow for a more flowing, attacking game and will give the fans what they really want – more corners.”

Fifa said that although the flag poles were taller, new technology meant they are ten percent lighter which, in turn, will make them 15 percent bendier.

The new poles will be made by Qatari Flags and Bunting at its factory in Volgograd.