Woods Has Sex With Dirty Mermaids

GOLFING intercourse monster Tiger Woods has taken advantage of the wet weather in Wales by sleeping with a string of underwater prostitutes.

The rain has been so heavy in Newport over the last few days that the Ryder Cup has had to be moved steadily further inland, with the final day’s play taking place at Brandon Wood Muncipal Golf Course in Coventry.

Tournament organisers were alerted to the scandal after a 250-pound turbot pimp marched into their headquarters demanding payment.

The aquatic flesh procurer claimed Woods had ordered the ‘Ariel Special’ – which includes 300 jars of crab paste and full scuba equipment – but had then refused to pay the marine tarts after they forgot the words to Under the Sea.

Golfologist Bill McKay said: “Tiger has ‘Ocean Fever’ and loves romping with women that can hold their breath for hours at a time.

“He’s been like this since he was a 14 and was thrown out of Orlando Sea World for touching himself in front of Shamu.”

Meanhwhile 2009 Open champion Stewart Cink has refused to practise with Woods, claiming the world number one ‘smells like a walrus fandango’.

And US captain Corey Pavin has been forced to ask the player to confine himself to the hotel breakfast kippers whenever he has to get his cryptozoological freak on.

Nikki Hollis, a 23-year-old mermaid dollymop from the Denmark Straits, said: “On Friday night he called me up and asked if it was possible to do a reverse Dutch steamboat in eight feet of muddy water.

“I didn’t know you could do it any other way.”

Middle Class To Sell Their Children 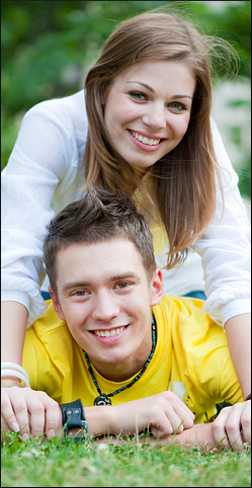 CHILDREN across Britain are being spruced up and placed on the open market today as millions of middle class parents look to cut their losses.

As the government abolished child benefit for people on more than Â£44,000 a year, economists said middle class youngsters would no longer generate an acceptable yield for all but the most cautious of investors.

Julian Cook, of Donnelly-McPartlin, said: “Fifteen years ago a decent British child was delivering four to four and a half per cent a year. But inflation has steadily eaten away at it and now this move by the government has turned them into the sentient mammal version of junk bonds.

“If you have a tall or sturdy child then you have a good chance of attracting a Russian buyer. They’re cash rich and always need new sparring partners for their goons.”

He added: “I’ll be liquidising my three teenagers and transferring about 45% into zinc, 25% into Chinese tobacco and I’ll spend whatever’s left on a new crossbow.”

Emma Bradford, mother of 14 year-old Duncan, said: “He is a delightful boy. Indeed, there have been several occasions when he has come tantalisingly close to making me happy.

Tom Logan, an estate agent from from Hatfield, is selling 12 year-old Abigail Hobbs on a freehold.

“She’s a happy go lucky little girl and she comes with her own trombone. She’d make an excellent weekend daughter for a pair of busy professionals or a full time grand-daughter for a retired couple who want to have another crack at it.

“I reckon you could do up her teeth for less than six grand.”