DISCOVER which relatively small animals could beat you up.

We teach that Brexit is almost as good as communism, say universities 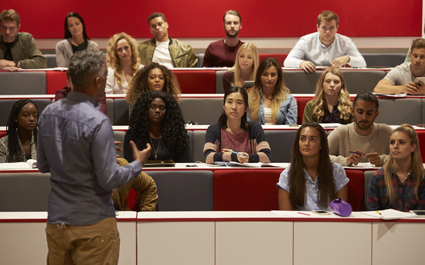 UNIVERSITIES have confirmed they teach that Brexit is incredibly brilliant but not quite up there with communism.

British universities have responded to a letter from Tory whip Chris Heaton-Harris by explaining that while Brexit will destroy the UK as a nation, it cannot boast the same track record for doing so as communism can.

Professor Julian Cook of the University of Sussex said: “We’re universities so everything we teach is Marxist, even the catering courses.

“But as an anti-capitalist movement, Brexit may not come from the same roots but is deeply impressive. Shattering the financial hegemony of the City and forcing everyone to toil on collectivised farms? I’m all in for that.

“I just don’t know if it will kill as many millions as communism did in China, Cambodia and in the Soviet Union, so it’s on that level that I have my doubts.

“But yes, certainly the ideological uniformity – the demand that everyone believe in Brexit, the violent suppression of opposing views – reminds me powerfully of North Korea, so it’s got me waving the flag.”

Heaton-Harris said: “Death to experts. Utopia is just around the corner.”